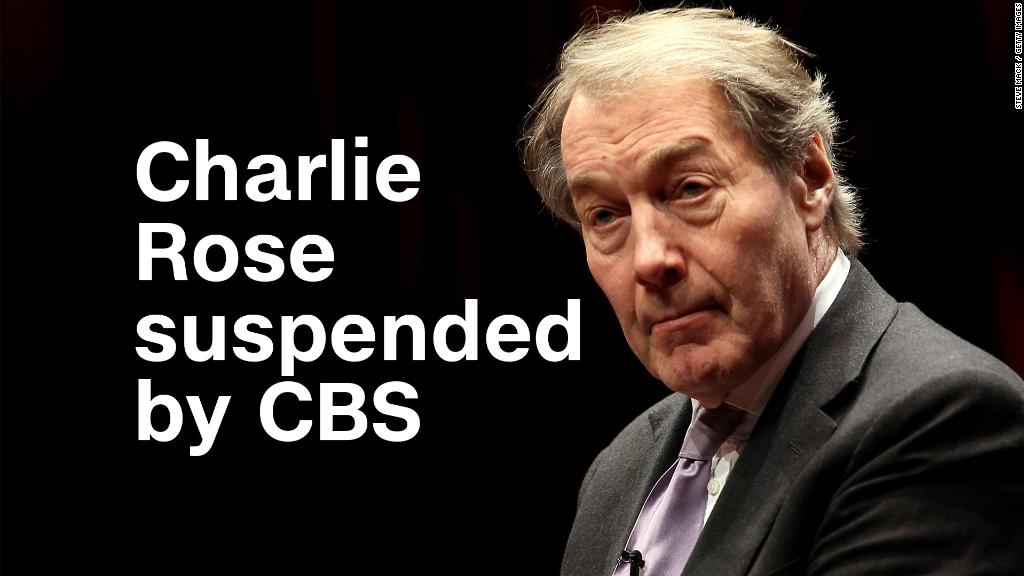 There was a proverbial empty chair on the set of “CBS This Morning” on Tuesday as Norah O’Donnell and Gayle King covered the suspension of their co-host and friend Charlie Rose.

“This is a moment that demands a frank and honest assessment,” O’Donnell said.

That’s exactly what O’Donnell and King delivered. They talked in detail about the sexual misconduct allegations against Rose, a television news icon who has co-hosted the morning show since 2012.

“Charlie does not get a pass here,” King said.

The consensus view in the television news industry is that Rose will not return to the CBS broadcast or to his nightly talk show on public broadcasting.

CBS suspended Rose shortly after The Washington Post published a 5,000-word story about alleged harassment, based on interviews with eight women who described “unwanted sexual advances.”

The network decided not to have anyone fill in for Rose on Tuesday. Instead, King and O’Donnell sat at the morning show’s trademark desk and started with the news “affecting all of us at this broadcast and this network.”

Related: Charlie Rose suspended by CBS after 8 women accuse him of sexual harassment

“This one does hit close to home,” the network’s newest correspondent, Bianna Golodryga, said. “We’ve been able to reach out to one of those accusers. She didn’t want to go on camera, but confirms that the reporting is accurate.”

Golodryga’s report featured an interview with Amy Brittain, one of the Post reporters.

“It’s important we cover [this] the same way we cover the other ones,” Golodryga said, alluding to weeks of news stories about Harvey Weinstein and other prominent men accused of abusing their power.

O’Donnell agreed, then read comments she had prepared earlier in the morning.

“This is a moment that demands a frank and honest assessment about where we stand and more generally the safety of women,” she said. “Let me be very clear: There is no excuse for this alleged behavior. It is systematic and pervasive.”

O’Donnell said, “I’ve been doing a lot of listening, and I’m going to continue to do that.”

“This I know is true: Women cannot achieve equality in the workplace or in society until there is a reckoning and a taking of responsibility. I’m really proud to work at CBS News. There are so many incredible people here, especially on this show,” she said, looking over at King. “All of you here. This will be investigated. This has to end. This behavior is wrong. Period.”

“I certainly echo that,” King said.

She said she barely slept overnight. “Oprah called me and said, ‘Are you OK?’ I am not OK,” she said. “After reading that article in the Post — it was deeply disturbing — troubling and painful for me to read.”

King said, “This is not the man I know,” describing a five-year friendship with Rose that began when they launched the morning show together in 2012.

“I’ve held him in such high regard,” she said, “and I’m really struggling, because how do you — what do you say when someone that you deeply care about has done something that is so horrible? How do you wrap your brain around that? I’m really grappling with that.”

King and O’Donnell both applauded the women who came forward.

O’Donnell said she hadn’t yet, either.

“I intend to speak to him, certainly later today,” King said, “but I’m very sorry, and I’m very glad they have spoken up.”