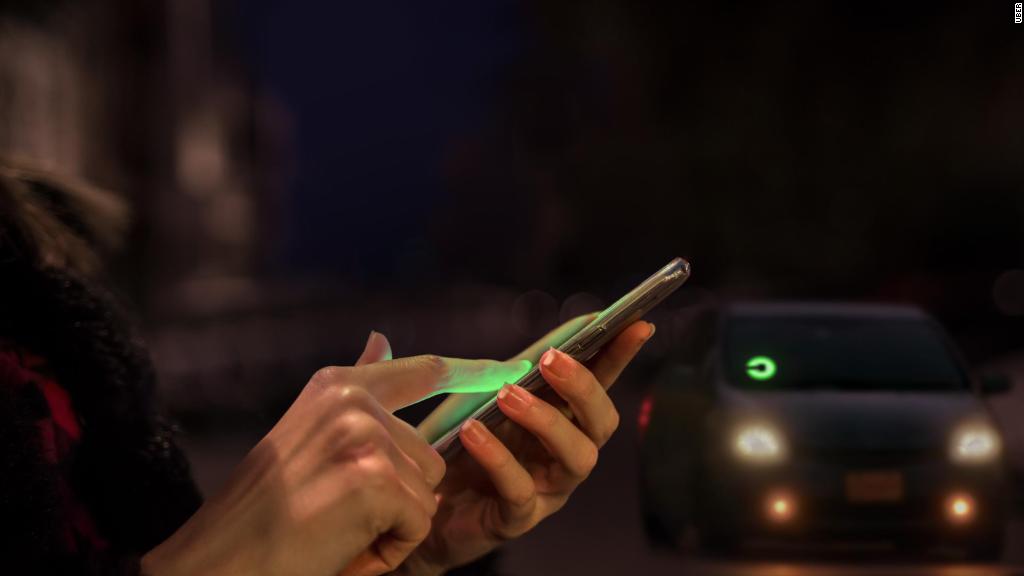 The California Supreme Court just changed the game in a big way for gig economy companies and the people who work for them.

A ruling issued Monday will make it more difficult for employers in the state to treat their workers as independent contractors, who don’t enjoy many of the rights employees do, such as a minimum wage, overtime pay, workers’ compensation, unemployment insurance and paid sick leave. Independent contractors also pay their own expenses.

Many online labor platforms, such as Uber and Postmates, have said they consider the independent contractor relationship key to their business model since it would be much more expensive to provide benefits and rights to which an employee would be entitled.

The case that was before California’s Supreme Court involved courier service Dynamex, which converted all its delivery drivers to independent contractors from employees in 2004. Some of its workers then sued, saying they should still be classified as employees in part because they worked solely for Dynamex, which exerted significant control over the assignments they took, their pay rates, their uniforms and other aspects of the job.

The workers won in lower courts. When Dynamex appealed, the state Supreme Court not only upheld the previous decisions, but also decided to adopt a standard similar to one currently used in a handful of states, such as Illinois and New Jersey, for determining whether a worker is a contractor or an employee.

It’s called an “ABC test” and it lays out three requirements an employer must meet to prove their workers are independent contractors: One, that the contractor provides the service free from the company’s control; two, that the service provided is outside the company’s core business, such as a janitor at a law firm; and three, that the contractor is an independent professional engaged in providing their service to companies other than the one in question.

Related: For gig economy workers in these states, rights are at risk

An Uber driver who has never driven passengers before and doesn’t work for other ride-hailing services would therefore have a hard time qualifying as an independent contractor — unless Uber can prove it’s not a transportation company at all, says Todd Lebowitz, a labor attorney at BakerHostetler.

“That may be the only thing that can get around an ABC test,” says Lebowitz, noting that California’s version is now the country’s most strict. “If a ride-hailing service is a technology company, then they may still be able to meet that test. But it’s going to be scrutinized a lot more closely now.”

Uber spokesman Matthew Wing declined to comment on the case.

Labor advocates hailed the decision, saying that workers who claim they are misclassified as independent contractors have a much better case under the new standard, at least for claims under California’s wage and hour laws. (The ruling does not change the definition of contractor for the purposes of federal taxes and other U.S. laws like those that govern union organizing.)

“This test expresses the essence of the employment relationship, and most on-demand companies will fail it,” says Rebecca Smith, deputy director of the National Employment Law Project. “Most workers will win.”

Not all online labor platforms treat their workers as contractors. Companies like the personal assistant service HelloAlfred and the staffing firm BlueCrew issue their workers W-2 tax forms, rather than the contractor’s 1099.

But those that depend on the use of contractors could be forced to either offer their workers more freedom — by allowing them to set their own prices and other terms — or convert them into employees. The change will also have a large impact in traditional industries that have relied on independent contractors, such as trucking.

The case adds to a long running legal drama over the question of employee status, which weighs heavily on the future of online labor platforms. Cases alleging worker misclassification have cropped up across the country, with varying outcomes depending on state laws. Several lawsuits have been stalled pending a U.S. Supreme Court decision on whether it’s constitutional to force workers to sign arbitration agreements that bar workers from joining together in class actions, which are one of the only ways to force a company to change its practices.

Arbitration agreements, however, don’t protect companies from audits by state agencies. Under the new standard, California regulators may go after companies for breaking the law without workers having to sue at all.

Related: The case for raising the minimum wage keeps getting stronger

In response to lobbying from gig economy companies, more than 40 states have changed their labor laws in recent years to exempt ride-hailing services from the tighter regulations, according to NELP. This year, a handful of right leaning states also passed broader exemptions for all kinds of online labor platforms.

A movement is also afoot to change the law in California, where gig platform companies have said they would like to be able to offer their workers some employee-like benefits — such as health care and training opportunities — while maintaining their independent contractor status.

In response, Silicon Valley Assemblymember Evan Low introduced a bill that would set up shared benefits plans to which online platform companies could contribute — and in doing so, create a new employment classification for “marketplace contractors” who would not be subject to all the laws governing regular employees.

“Our regulations have not kept up with the digital marketplace and the economy,” Low said. “So how do we focus on that consumer protection, the employee and the worker, but also make sure it works for the innovation economy?”

The bill may face an uphill battle in the union-friendly Golden State, though. The California Labor Federation opposes the bill, saying in a letter that it “seeks to sever the employment relationship for an entire industry” and would “enrich some of the wealthiest companies in our state by shifting all the risk onto the backs of working people.”