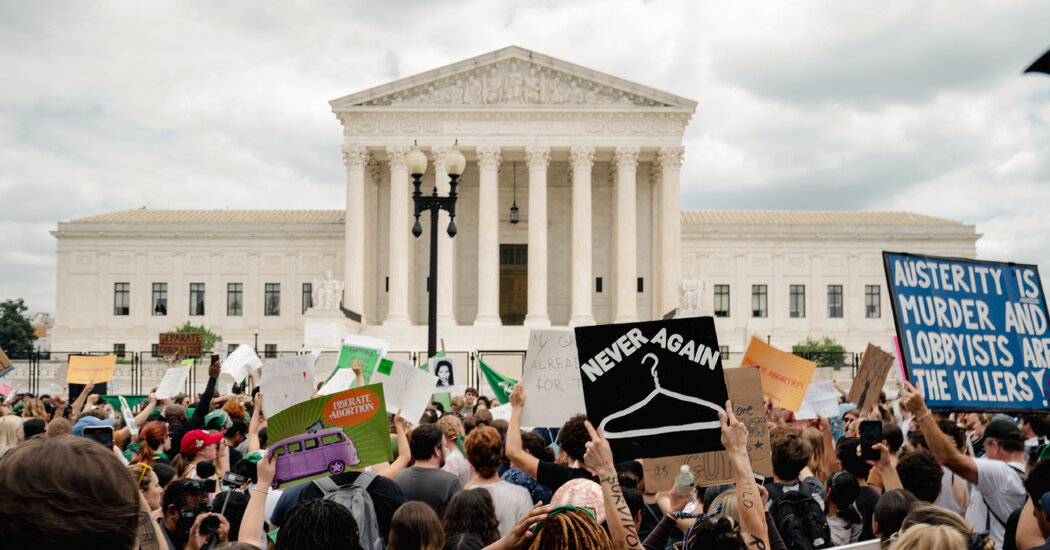 In the past year, Tesla moved from the San Francisco Bay Area to Austin, Texas; just this past week, Citadel said it was moving from Chicago to Miami. That has been the playbook for corporate America for decades: Find a blue enclave in a red state — Austin in Texas, Nashville in Tennessee — and move there for low taxes and a more affordable work force.

That may be much more complicated in the aftershock of yesterday’s ruling.

Executives have tried to stay out of the fray — or have waded in only after intense employee pressure, with tumultuous results. In April, Gov. Ron DeSantis of Florida, angry with Disney’s chief executive, Bob Chapek, for speaking out against the state’s new Parental Rights in Education act, had the Legislature strip the company of its special tax status.

Companies began to come out with policies on covering travel expenses for employees who need abortions when a draft opinion that was leaked in May previewed the justices’ decision in the case. This small group includes Starbucks, Tesla, Yelp, Airbnb, Netflix, Patagonia, DoorDash, JPMorgan Chase, Levi Strauss & Company, PayPal and Reddit.

Others, including Goldman Sachs, Disney, Meta, Dick’s Sporting Goods and Condé Nast, joined them on Friday when the decision became final, though most of them avoided making public statements directly referring to the ruling. Instead, the statements often obtusely signaled that the companies offered out-of-state medical services, seemingly hoping to appeal to employees without drawing the ire of politicians.

Facebook told employees not to discuss the decision on internal chat systems.

A spokeswoman for JPMorgan, the country’s largest bank, with about 170,000 U.S. employees, said it was focused on equal access to health care for all its employees. She highlighted a June 1 memo alerting them that their travel costs would be covered if they needed to go more than 50 miles to receive certain medical procedures, including abortions.