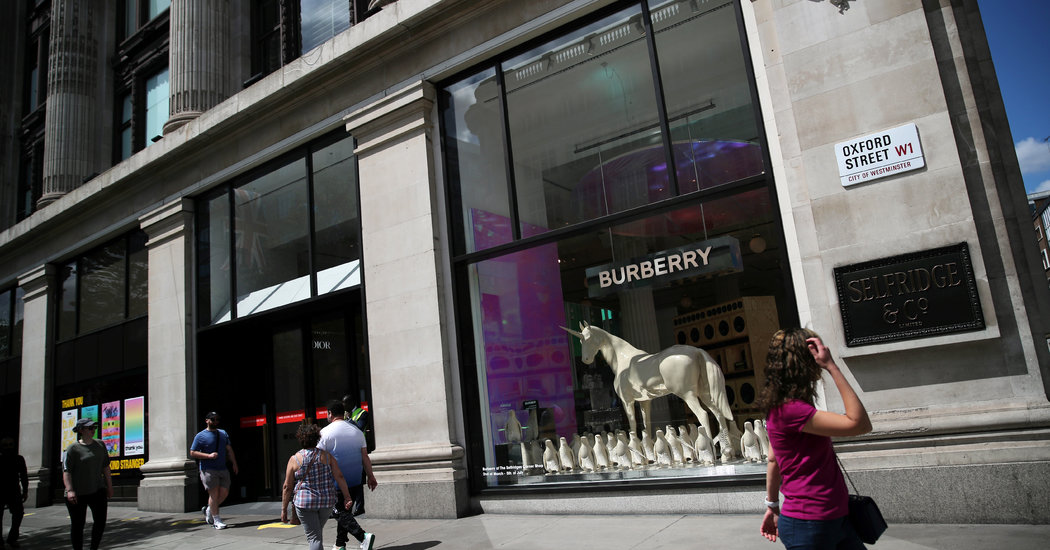 The British luxury retailer Burberry plans to cut up to 500 jobs worldwide as it continues to grapple with the impact of the coronavirus on its business.

On Wednesday, Burberry said sales fell 45 percent to 257 million pounds ($324 million) in its first quarter, which ended June 27. Across Europe and the Middle East, sales plummeted 75 percent because of a steep decline in tourism. Sales fell 70 percent in the Americas and 10 percent in the Asia Pacific region — with double-digit growth, however, in mainland China.

Burberry’s chief executive, Marco Gobbetti, announced plans for “structural savings,” including staff redundancies. He said the job cuts would include 150 office roles in the London headquarters as the company sought savings “to reinvest in customer-facing activities.”

The additional £55 million in savings comes on top of £140 million of cost cuts already announced. Last month, Burberry said that its next live runway show would take place — without an audience — on Sept. 17.