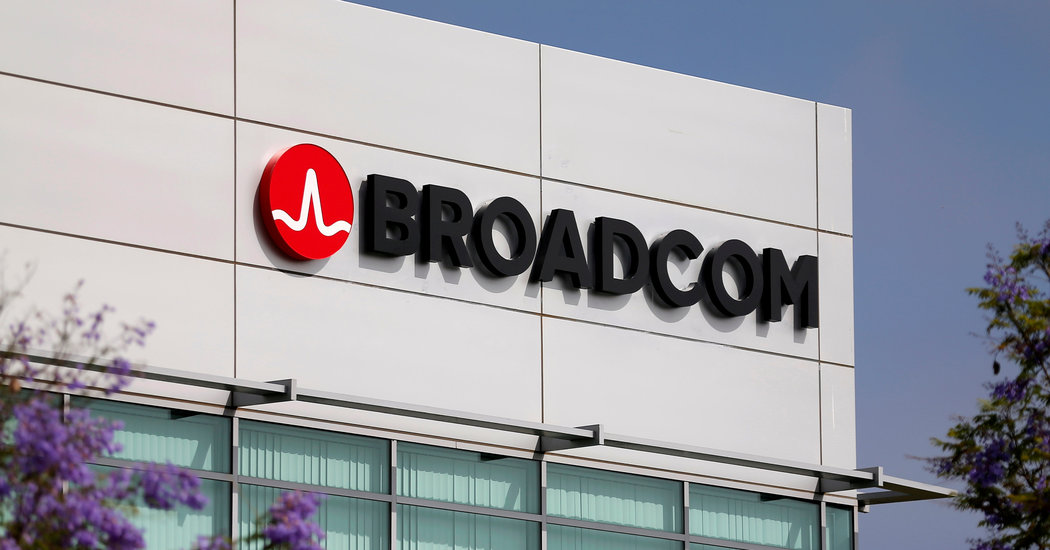 Broadcom has agreed to buy the software maker CA Technologies for nearly $19 billion, according to the two companies.

The acquisition by Broadcom, which has become a formidable competitor in the semiconductor market in the past decade, would be the first major move by the company since its $117 billion bid for Qualcomm was blocked by the Trump administration in March.

The Trump administration thwarted the Qualcomm deal citing national security concerns. White House officials said that allowing Qualcomm, an American leader in smartphone chips and wireless technology, to be taken over by a foreign company might strengthen China’s hand in a strategic industry.

Broadcom, then headquartered in Singapore, had stated its intention to move its headquarters to the United States, but that was not enough to allay the administration’s concerns. The company, whose technology is used in everything from smartphones to data centers, has since moved its headquarters to San Jose, Calif.

Broadcom is offering CA Technologies’ shareholders $44.50 a share, about 20 percent higher than their closing price on Wednesday. Broadcom shares declined by about 6 percent in after-hours trading, while shares for CA Technologies rose more than 16 percent.

CA Technologies, formerly known as Computer Associates, was founded in 1976 as a maker of business programs for mainframe computers. Today, it has a broad range of software products from mainframe programs to cloud-based software for computer security.

Hock Tan, the chief executive of Broadcom, said in a statement: “This transaction represents an important building block as we create one of the world’s leading infrastructure technology companies.”

Mike Gregoire, chief executive of CA Technologies, said, “This combination aligns our expertise in software with Broadcom’s leadership in the semiconductor industry.”

Broadcom’s purchase of CA Technologies, analysts said, would not appear to raise any of the national security red flags that the Trump administration said had prompted it to block the Qualcomm bid.

Broadcom first approached CA Technologies several months ago, according to a person briefed on the matter. The companies’ boards approved the acquisition on Wednesday. The deal was earlier reported by The Wall Street Journal.

In its early years, Computer Associates grew fast, largely by purchasing one smaller software company after another. But in the early 2000s, its founder, Charles B. Wang, and members of his senior leadership team were engulfed in an accounting scandal. Mr. Wang was pushed out, and the company was forced to spend more than $500 million on fines and internal investigations.

Today, CA Technologies is a software company with $4.24 billion in annual revenue and modest profits that is undergoing a transition. It still has a large stable of mainframe software products, and that is by far its most profitable business.

But it is also building up its more modern software offerings — so-called cloud software, distributed over the internet and sold as a subscription service.

Broadcom has been built as a serial acquirer with a reputation for cutting costs to lift the profits of the companies it buys.

Analysts see CA Technologies as a way for Broadcom to acquire a highly profitable mainframe business that would broaden its portfolio, and apply its belt-tightening formula to raise profits. But there remains a question about what CA Technologies adds to Broadcom’s business beyond dollars.

“They could probably make CA’s operations much more efficient and could mint cash,” said Stacy Rasgon, an analyst at Bernstein Research. “Financially, it can make sense. But what’s the strategic logic?”