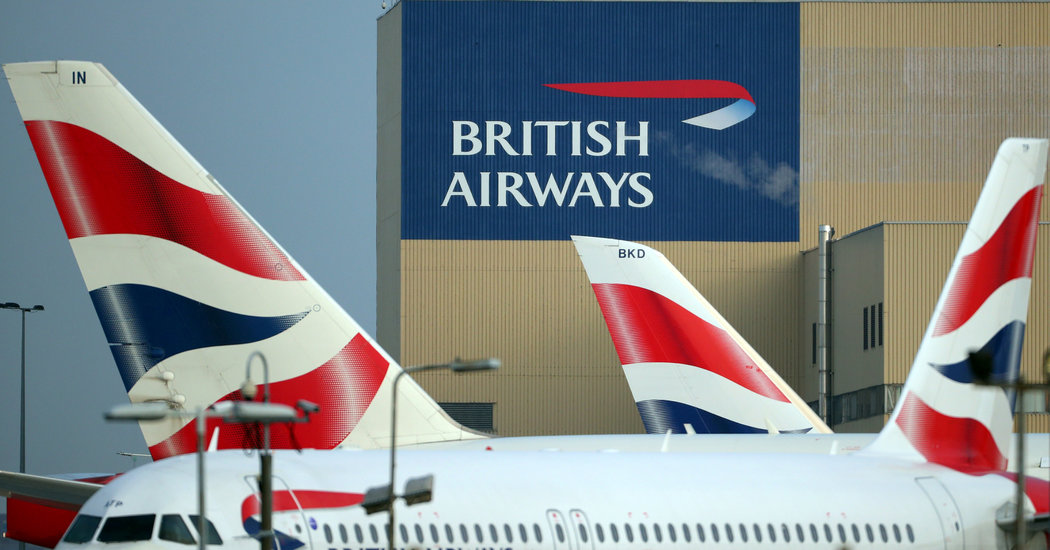 LONDON — When British Airways told scores of customers on Friday that their flights in September had been canceled because of a planned strike by pilots, then hours later told many never mind, travelers’ fury poured out.

The airline received 38,000 calls in the first 24 hours, and the confusion generated 33,000 enraged tweets during the same period. The airline said it had to increase its Twitter customer service teams by 20 percent and add 70 extra staff members to take the calls.

Many customers said they had already made alternative travel plans before being informed that their flight would, in fact, go ahead as planned. Others said when they tried to call to get clarity, they could not get through to the airline’s customer service representatives. So they took to Twitter on Saturday and Sunday to vent.

“Disgraceful service by @British_Airways,” Dean Walton said in one post. “Canceling our holiday, then, after we booked alternative flights, they have now emailed saying the original flight isn’t canceled after all.”

Mr. Walton wrote that he had spent an extra 800 pounds, or about $980, because of the British Airways backtracking.

This was the second time this month that customers turned to social media to vent en masse at the airline. A computer systems failure in early August led to the cancellation or delay of more than 500 flights at Heathrow, Gatwick and London City airports. Long lines formed as airline employees manually checked in passengers.

Last summer, hackers diverted about 500,000 British Airways customers visiting the airline’s website to a fraudulent site, where names, addresses, login information, payment card details, travel bookings and other data were taken, according to the Information Commissioner’s Office, the British agency in charge of reviewing data breaches.

And in 2017, British Airways grappled with a major technical failure that led to the cancellation of hundreds of flights, affecting around 75,000 passengers.

The chaos this time began on Friday, when the British Airline Pilots Association announced that British Airways pilots would go on strike over wage negotiations for three days: Sept. 9, 10, and 27. The union noted that it would be the first pilots’ strike in the 100-year history of British Airways.

Money is at the center of the dispute: The pilots, who are seeking higher salaries, have previously said that they “deserve a small fraction of the profit via, for instance, a profit share scheme.”

The pilots association argued that the airline had rejected all the packages put forward in the negotiations. “In these circumstances, with a 93% vote in favor of taking industrial action, and with no prospect of any further meaningful talks, we have no choice but to call this action,” it said in a statement on Friday.

The association added that the strike would end up costing British Airways more than what the pilots were asking for. “A day of strike action” will cost the carrier around £40 million, it said in a statement, adding that the three days of work stoppage would cost around £120 million, while the gap between their positions is about £5 million.

The airline condemned the announcement, and tried to stop the strike by taking the case to the British High Court and the Court of Appeal, but it lost the case.

The pilots association “is destroying the travel plans of tens of thousands of our customers with this unjustifiable strike action,” the airline said in a statement on Friday, calling the action “completely unacceptable.”

Then it began emailing customers with travel plans around the planned strike days.

Rhys Thomas, 26, a furniture and interior design consultant in London, said in a Twitter message on Sunday that he received an email late Friday saying that his Sept. 8 flight from Houston to London had been canceled. He spent hours on hold with British Airways.

“I ended up hanging up the phone as the engaged tone was driving me mad,” he said.

Then, on Saturday, some customers received another update.

“Dear Customer, following the announcement that the pilots’ union BALPA has issued dates for industrial action, we’ve been reviewing our flight schedule and operation,” the email read.

It added, “We’re pleased to update you that your flight will now be operating as originally planned. We’re sorry for any inconvenience or concern this caused.”

On Sunday, the airline explained in a statement, “We are sorry that some customers received an email in error to say that their flight had been canceled on non-strike days.” It added, “We emailed all those customers within a few hours to clarify that their flight will go ahead as planned.”

On Sunday, Mr. Thomas said he was among those who got a follow-up text and email, with the airline saying it would contact him. But for a while on Sunday, he was still in the dark. “Nightmare,” he said. “I basically have no idea what is happening still!”

Later Sunday, Mr. Thomas said he managed to get through to the airline.

“I was on hold for an hour but finally got through,” he said. “I’m going to fly back one day earlier with the same flight time with BA.”

He said he had asked about compensation and was told he’d have to wait until the flight takes place, but he had put in a formal complaint.

“I booked my flights around six months ago, visiting my friends who work in Houston,” he said. “It’s a shame I have to come back a day earlier.”

A spokeswoman for British Airways said in an email on Sunday, “The vast majority of flights on the days either side of the strike days will operate.”

But the airline was offering customers several options, including keeping the original booking; rebooking flights for a different date or on a different airline; or getting a full refund.

For those traveling on Sept. 8 who have not received the follow-up email, however, she said, it means “their flight is canceled.”