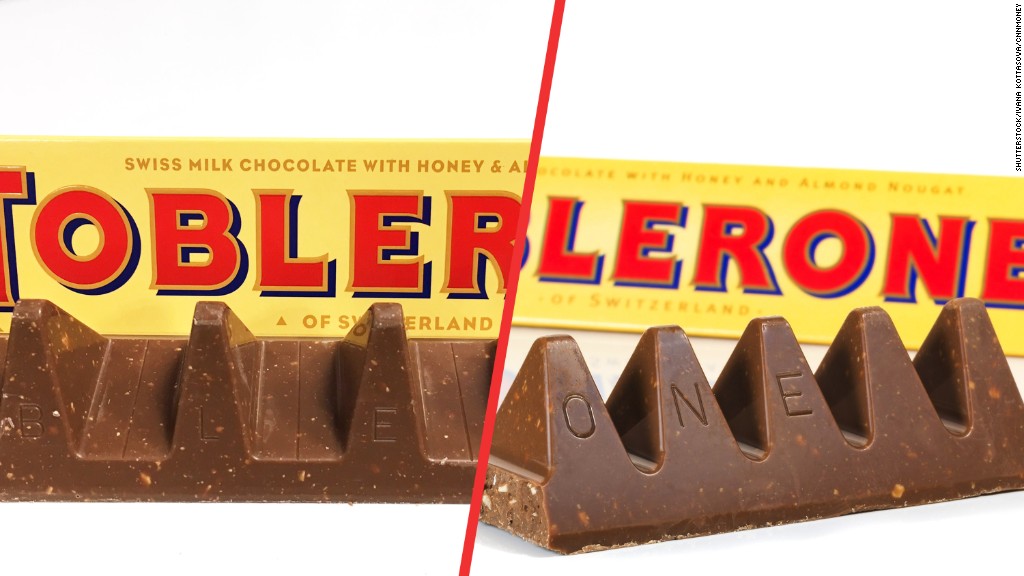 What a rip off!

More than 2,500 products sold in Britain have shrunk in size — but not price — since January 2012, according to the Office for National Statistics.

The phenomenon, dubbed “shrinkflation,” has already taken a bite out of beloved treats and sweets including Toblerone, Maltesers, M&Ms and Minstrels.

“You’re not imagining it,” the statistics agency said of smaller products.

The statisticians said the trend is especially pronounced in food items, which accounted for roughly 80% of the shrinking products.

The agency is concerned because the trend is potentially inflationary — that is, money spent by consumers isn’t going as far today as it did previously.

Its analysis, however, found no evidence that shrinkflation had a discernible effect on inflation because of the relatively small number of shrinking products.

Even in the category where it was most pronounced — sugar, jam, syrups, chocolate and confectionery — shrinkflation added only 1.2 percentage points to inflation over the past five and a half years.

That category only makes up 0.01% of the agency’s measure of inflation. Items like housing, furniture and energy costs are also included.

Related: Why a U.K. trade deal will be harder than Trump thinks

Some companies, including Toblerone producer Mondelez (MDLZ), have attributed the trend to the rising cost of ingredients.

After examining the evidence, the statistics agency said it had not uncovered a convincing explanation.

“Our analysis doesn’t show a noticeable change following the referendum that would point towards a Brexit effect,” it said. Sugar and cocoa prices are way down compared to a few years ago, it noted.

Consumers aren’t likely to be comforted by that explanation, however.

“They all said I was mad when I said my Snickers had got smaller,” said one Twitter user. “Shrinkflation is a thing!!”