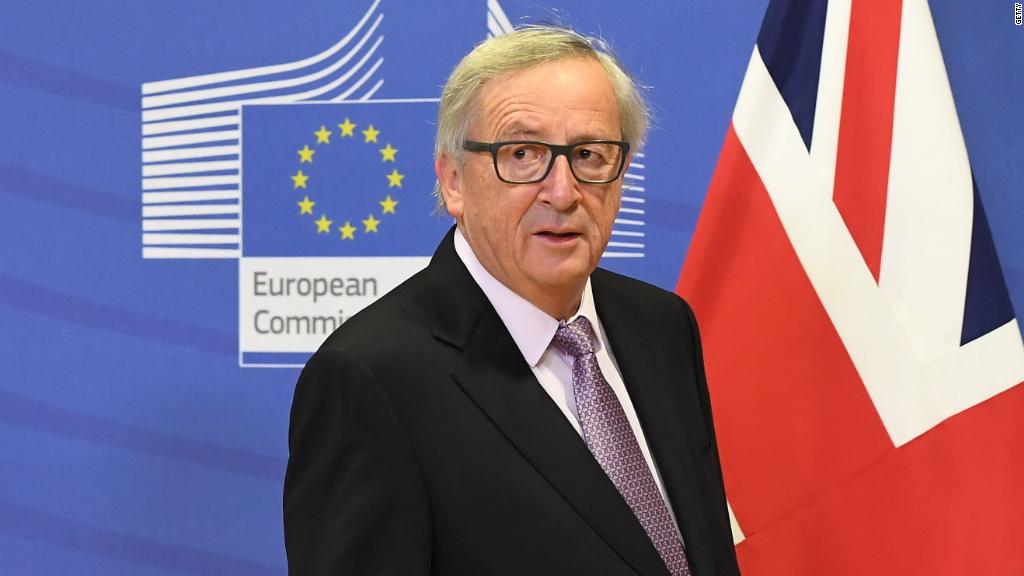 Britain has reachedagreement on the key principles of its divorce from the European Union, paving the way for the start of trade talks.

That’s when the hard work will really begin.

The U.K. should receive the green light next week to start negotiations on what kind of access it will have to its biggest export market after the European Commission deemed it had made “sufficient progress” on protecting the rights of EU citizens, paying its divorce bill and maintaining an open border between Ireland and Northern Ireland.

The number of thorny issues to be addressed will multiply in the second phase of talks. Britain wants to agree a comprehensive trade deal, and there are hundreds of legal and regulatory questions that must be sorted out.

“We all know that breaking up is hard. But breaking up and building a new relation is much harder,” Donald Tusk, president of the European Council, said Friday.

One issue looms above the others: What kind of relationship Britain will have with the EU, which accounts for 44% of its goods and services exports, once it has left the bloc?

Prime Minister Theresa May has made clear that Britain will be leaving the EU’s internal market and customs union. But beyond those red lines, little has been settled.

“For the moment, the U.K. still does not know what it wants,” said Agata Gostynska-Jakubowska, a research fellow at the Centre for European Reform. “The government hasn’t made its position clear on what kind of future relationship it wants.”

Britain must decide whether it wants to negotiate continued easy access to EU markets or accept significant barriers in return for greater control of its own regulations, trade with the rest of the world and immigration.

Settling on a preferred outcome has been made more difficult by the fact that May’s cabinet, which has different views on what the “end state” should be, has yet to debate the issue.

“We have heard a number of various ideas,” Tusk said. “We need more clarity on how the U.K. sees our future relations.”

Related: Why Britain needs the immigrants it doesn’t want

Trade talks are difficult under the best of circumstances, and comprehensive deals can take years to thrash out. A free trade agreement between the EU and Canada, which included some service industries, took seven years.

The remaining 27 EU states will have different priorities when it comes to trade, and will face an intense backlash from labor unions and businesses if their interests are not protected.

Britain has its own priorities: It will seek to minimize trade barriers in key sectors of the economy, such as financial services, autos and aerospace.

Gostynska-Jakubowska said the best option may be to try and negotiate a very basic trade agreement. If goodwill is accumulated and trust established, the limited agreement could then be expanded to include additional sectors.

But she’s not optimistic that a final deal can be confirmed by March 2019.

“I am certain that the EU and the U.K. will not finalize their negotiations about the future by the time the U.K. leaves the EU,” she said.

The difficulty of agreeing a new trade relationship underscores the need for a transitional period that will allow companies to plan ahead and adapt to life after Brexit. May has asked for an “implementation period” of two years, but many businesses say they need at least three.

Tusk said the EU is ready to discuss such a transition, but only if Britain is willing to accept all EU law — including new laws passed during that period — and judicial oversight.

“So much time has been devoted to the easier part of the task,” he said Friday. “And now, to negotiate a transition arrangement and the framework for our future relationship, we have de facto less than a year.”