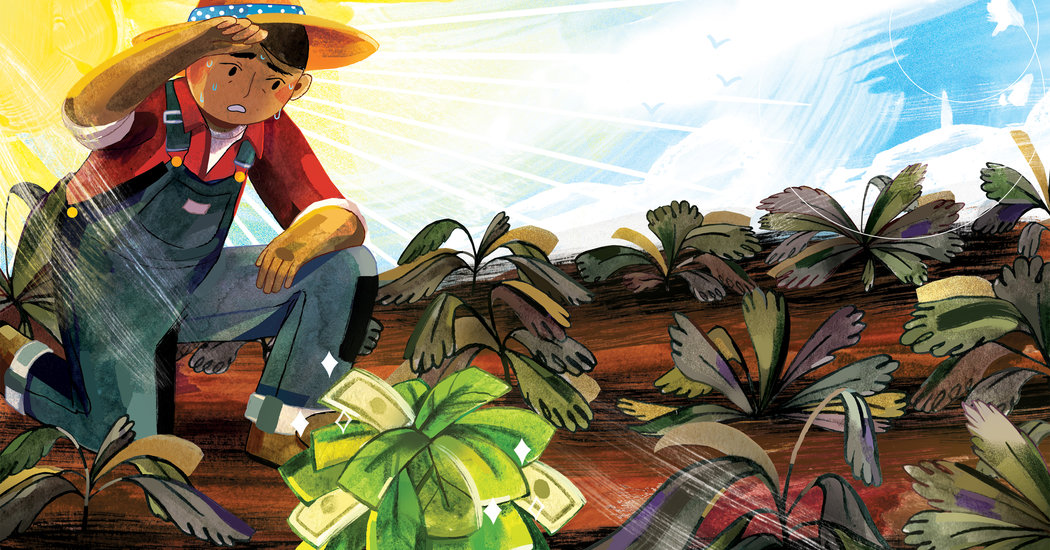 Bond interest rates were supposed to rise in 2019. They have dropped instead, showing how dangerous it can be to make investing decisions based on assumptions about the direction of interest rates.

A long-awaited rise in rates from the rock-bottom levels that prevailed since 2009 seemed to be finally taking hold in the fall of last year. The yield on the 10-year Treasury note was up to nearly 3.25 percent in November, a sharp rise from the 2.1 percent level of September 2017.

The expectation was that longer-term rates would keep inching higher while the Federal Reserve continued to methodically raise short-term rates from the near-zero level it had imposed since the financial crisis.

A popular strategy, based on that outlook, was to camp out in shorter-term bonds and cash, where yields had moved from zero to 2 percent or so, and wait out the rest of the rate increase before reinvesting in longer-term bonds.

But reality went badly off script, and investors who followed that approach missed out on some great returns.

Slowing global growth intensified by President Trump’s destabilizing trade policy shifts sent the 10-year Treasury yield down to 2 percent at the end of June. And the Federal Reserve is now signaling that it stands ready to reduce its target interest rate to keep the global economy on track.

“I think the rate story we’ve been talking about for a couple of years, that rates can move up, is over,” said Rick Rieder, global chief investment officer of fixed income at BlackRock. Mr. Rieder doesn’t expect to see a 10-year Treasury yield of 3 percent again during this economic expansion.

But the sharp and quick yield decline delivered a sugar rush for investors who had held onto longer-term bonds. (When yields fall, bond prices rise. The total return on traditional mutual fund and exchange-traded fund returns is a combination of the yield and changes in price.) In the first six months of the year, the Vanguard Total Bond Market Index fund, the iShares Core U.S. Aggregate Bond E.T.F. and the actively managed Dodge & Cox Income fund were up around 6 percent.

But that was then. Now that yields have already fallen, returns are likely to be more muted, if only because there is less room for rates to post further steep declines.

“Don’t multiply by two and expect to earn 12 percent for the year,” said Kathy Jones, chief fixed income strategist at the Schwab Center for Financial Research.

If, as expected, the Federal Reserve reduces its short-term interest rate later this year, Ms. Jones said, longer-term bond rates could rise slightly because the Fed’s move “will alleviate concerns about a recession.” That would cause longer-term bond prices to fall slightly — bond yields and prices move in opposite directions — damping fund and E.T.F. total returns.

Ms. Jones said the recent reversal in rates hurt the most cautious investors parked on the sidelines in cash and short-term bonds. Even someone who sought out a high-yielding online bank savings account, such as Goldman Sachs’s Marcus, earned an annual yield of only 2 percent or so, which is less than half what longer-term bonds delivered in the last six months. “Lots of clients were waiting and waiting to jump on something attractive, and missed out,” said Ms. Jones, who thinks we are now back to an interest rate outlook where interest rates — and thus the yields you earn on your bond investments — are going to be “lower for longer.”

Though the United States economy is showing signs of slower growth, Mr. Rieder says he thinks it is “in pretty good shape” compared with most other parts of the world. Japan and the European Central Bank are contemplating further stimulus for their struggling economies.

Low as United States yields may be, Japanese government bonds have a negative yield — meaning they will lose value if investors hold them to maturity — and in the eurozone, sovereign debt yields less than 1 percent.

“The risk is a global recession, and that is where the Fed is going to be pre-emptive and consider reducing rates,” Mr. Rieder said.

For fund investors, prevailing expectations now are that returns will mostly be a function of the interest earned, with little movement in prices. The Bloomberg Barclays U.S. Aggregate Bond index, the benchmark for most bond index funds, has a current yield of 2.5 percent. That suggests that you can probably expect to earn 1.25 percent or so in interest over the second half of the year.

Without a catalyst to push rates significantly higher, a portfolio with an intermediate-term duration in the five-year range — which is what you have if you own a bond index fund — can be expected to deliver more yield than money market funds or short-term bonds.

Tax-exempt bonds, which have been in high demand since the enactment of the 2017 tax law, seem likely to continue their strong performance.

David Dowden, a fund manager at MacKay Municipal Managers, which oversees more than $34 billion in municipal bond portfolios, including the Mainstay MacKay Tax Free Bond fund, expects the “stellar demand” for municipal bonds to continue. High-income households stung by the tax law’s $10,000 limit on deductible state and local taxes continue to turn to munis, and Mr. Dowden said tax-free bonds are even attracting foreign institutional investors. They are drawn by the bonds’ “high quality and a monopolistic structure,” he said. “There’s typically only one water provider in a municipality — and low default rates relative to corporate bonds.”

The steady demand for municipal bonds comes at a time when the supply of municipal bonds is not growing much. That is helping to drive solid returns. In the first half of the year, the average intermediate term municipal bond had a total return of 4.5 percent, according to Morningstar Direct. The payoff to investors in high federal and state tax brackets was even better, as interest income generated by municipal bonds is often tax-free.

If you bought an A-rated 10-year municipal bond today, you might have a nominal yield of 2 percent. That computes to a taxable-equivalent yield of 2.6 percent if you’re in the 24 percent federal tax bracket (which applies to individuals with income between $84,201 and $160,725 and married couples filing a joint return with income between $168,401 to $321,450).

The taxable-equivalent advantage rises if you are in a higher federal tax bracket, and if your state levies income tax.

Bank certificates of deposit appear to have a last-call opportunity for investors. Shop online and you can still lock in an annual 2.8 percent or more for a five-year C.D. Those rates will start to slide if the Federal Reserve reduces its target interest rate.

In short, while high returns over the next six months may be unlikely, collecting steady interest on a high-quality bond fund or longer-term C.D. is not. As a diversifier, bonds are especially valuable ballast for a long-in-the-tooth stock bull market. And with inflation at 1.6 percent, your bond portfolio is very likely delivering a positive real (inflation-adjusted) return.

“You can be pretty sanguine about fixed income in general,” said Mr. Rieder of BlackRock.