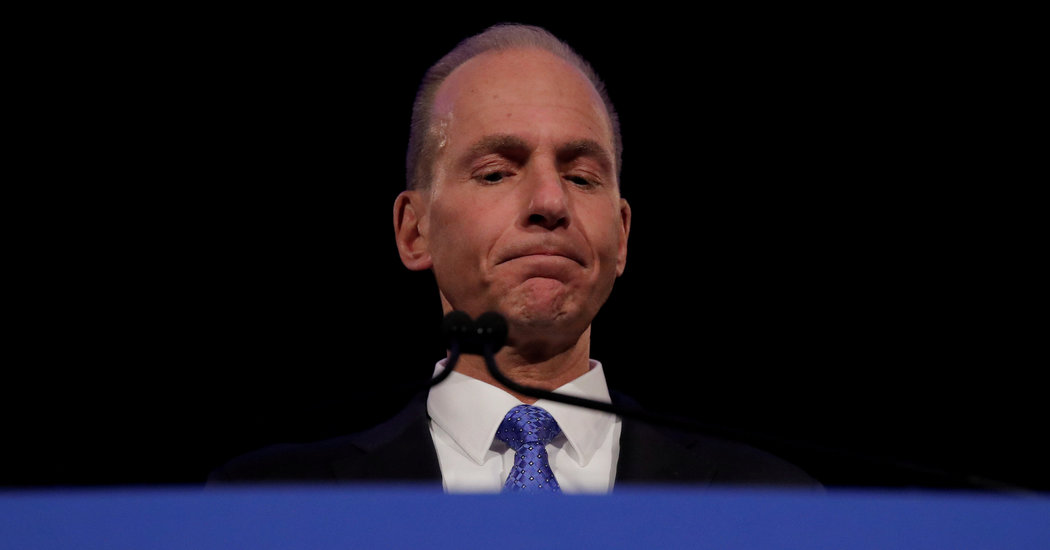 The Senate Commerce Committee is completing preparations for a hearing about Boeing this month, and members expect to use it to interview the company’s chief executive, Dennis A. Muilenburg, about the crashes and grounding of the 737 Max, according to four people familiar with the matter.

Mr. Muilenburg is already scheduled to appear before the House Transportation and Infrastructure Committee on Oct. 30. The Senate hearing is expected to take place on Oct. 29 or after the House hearing on Oct. 30, according to the people, who spoke on the condition of anonymity because the hearing was not yet confirmed.

The occasion will be the first time that Boeing executives address Congress about the two crashes, as frustration with the company mounts on Capitol Hill and throughout the aviation industry. John Hamilton, the chief engineer of Boeing’s commercial airplanes division, is also expected to testify at the House hearing, and may also appear at the Senate hearing.

The hearings come on the heels of the removal of Mr. Muilenburg’s title as chairman of the Boeing board last week. They are expected to cover everything from the design, certification and marketing of the 737 Max to what happened on the flights that crashed.

The Max has been grounded since Ethiopian Airlines Flight 302 crashed in March, five months after the crash of Lion Air Flight 610 in Indonesia. In both crashes, a new automated system on the Max malfunctioned, sending the planes into unrecoverable nose dives.

Last week, a multiagency task force released a damning report that faulted both Boeing and the Federal Aviation Administration for their work on the plane. It argued that Boeing had not been forthcoming enough about the new system, known as MCAS, and that the F.A.A. had been unequipped to effectively review the plane.

This month, it was revealed that a Boeing engineer who worked on the Max filed an internal ethics complaint alleging that the company, in order to minimize costs, rejected a proposed safety system that he felt could have reduced the risks that contributed to the crashes.

As a result of the prolonged grounding, airlines around the world have canceled thousands of flights and lost hundreds of millions of dollars. Boeing has announced that the grounding will cost the company at least $8 billion.

“The relationship at the moment is rocky,” Michael O’Leary, chief executive of Ryanair, said in an interview last week. “Our view is that Boeing has not addressed this as seriously as was warranted.”

Lawmakers on Capitol Hill have also called for Boeing to be more forthcoming with information about what led to the crashes and what it is doing to fix the Max. In an interview last month, Representative Peter A. DeFazio, a Democrat from Oregon, expressed his frustration with the company.

“We’ve got massive amounts of documents from Boeing,” he said. “But they have otherwise been not particularly cooperative.”