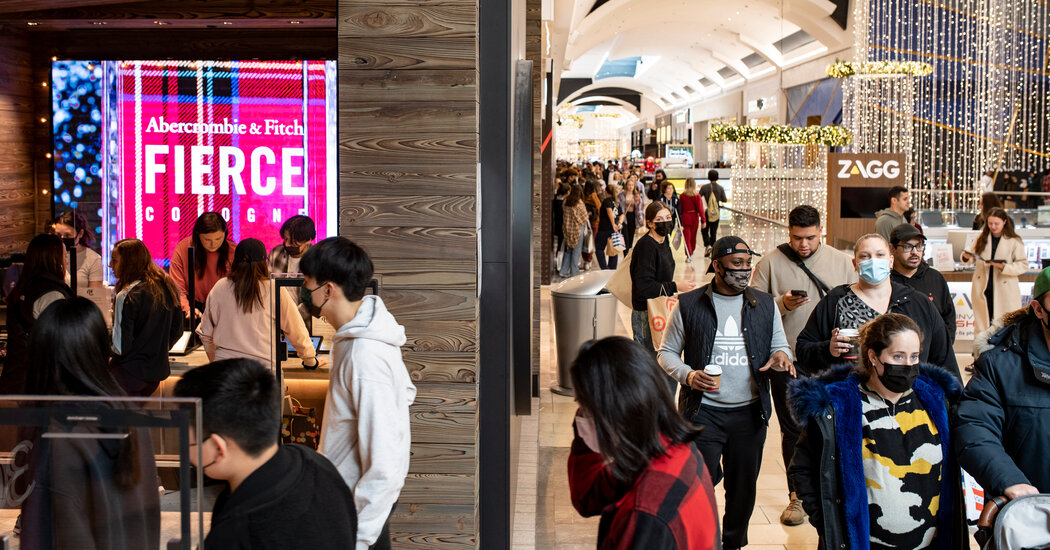 The Black Friday weekend was a success for retailers, but reflected challenges in the supply chain and the prevalence of early deals in October, which prompted customers to spread out their spending.

Shoppers were clearly more comfortable going into stores than they were last year, but in-store visits were still well off prepandemic levels. Foot traffic soared about 48 percent from last year, though remained down about 28 percent from 2019, according to data from Sensormatic Solutions. The peak time for in-store shopping was 1 p.m. to 3 p.m. on Friday, the firm said. Many retailers remained closed on Thanksgiving Day after closing for the day in 2020, reversing a yearslong trend of being open on the holiday.

Customers spent about $8.9 billion online on Black Friday, slightly less than in 2020, and $5.1 billion on Thanksgiving, which was on par with last year, according to Adobe Analytics data, which covers more than one trillion visits to U.S. retail sites. It was the first time Adobe saw a decrease on big shopping days since it first began reporting e-commerce data in 2012. But consumers spent far more between Nov. 1 and Nov. 28.

Cyber Monday discounts were expected to be weaker in part because of the supply chain issues from factory shutdowns to port backups, which have plagued retailers in recent months and were highlighted on earnings calls last week from Gap and Nordstrom.