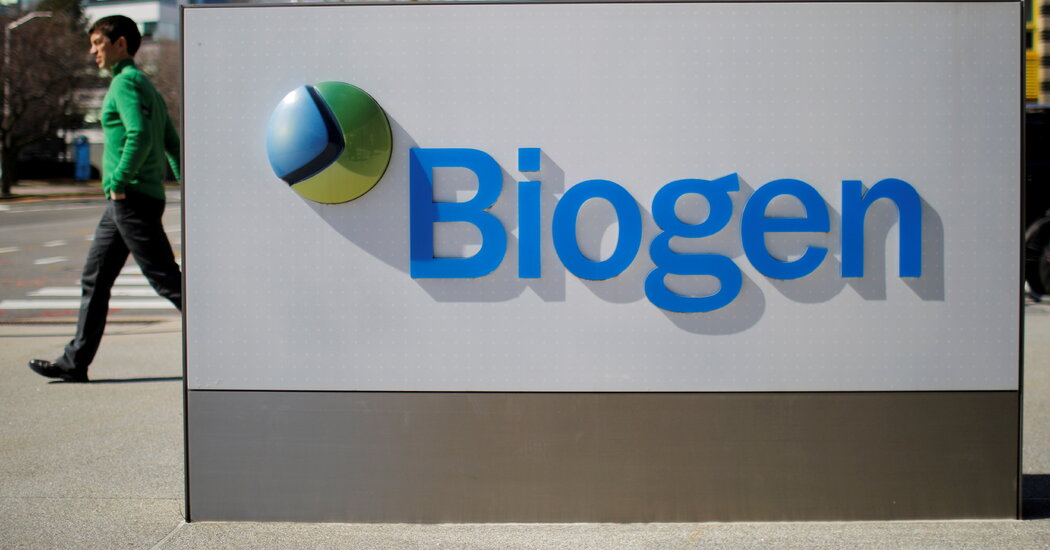 The drug maker Biogen reported on Thursday that its controversial Alzheimer’s drug Aduhelm brought in $2 million in its first few weeks of availability, the first revenue for a treatment that is expected to generate billions of dollars and strain Medicare’s budget within a few years.

The company did not disclose the number of patients that have received the drug, which is priced at $56,000 annually on average. Biogen’s chief executive, Michel Vounatsos, said on an earnings call that a “big chunk” of the revenue had come from stockpiled inventory and that the drug’s release has been somewhat slower than the company had anticipated.

Industry analysts expected the drug to get off to a modest start. Many insurers have not yet decided how to cover it. Administration sites — typically memory clinics that see patients with cognitive problems — have been slowed by the complexities of administering the drug, which must be given as a monthly intravenous infusion.

The federal agency that administers Medicare announced earlier this month that it would initiate a monthslong review to determine whether to standardize coverage of the drug across the country, a step that could restrict which patients receive it. In the meantime, some Medicare Advantage plans, an alternative to traditional Medicare that is offered by private insurance companies, have already approved patients to receive the drug, the company said.

Biogen executives spent much of the earnings call on Thursday defending Aduhelm and the process that led to its approval.

The drug’s approval last month generated intense scrutiny, in large part because there is scant evidence that it can help patients. Some major medical centers have decided not to offer it, and two congressional committees are investigating the drug’s approval and its price. Critics have also questioned the close collaboration between Biogen and the Food and Drug Administration in the lead-up to the approval.