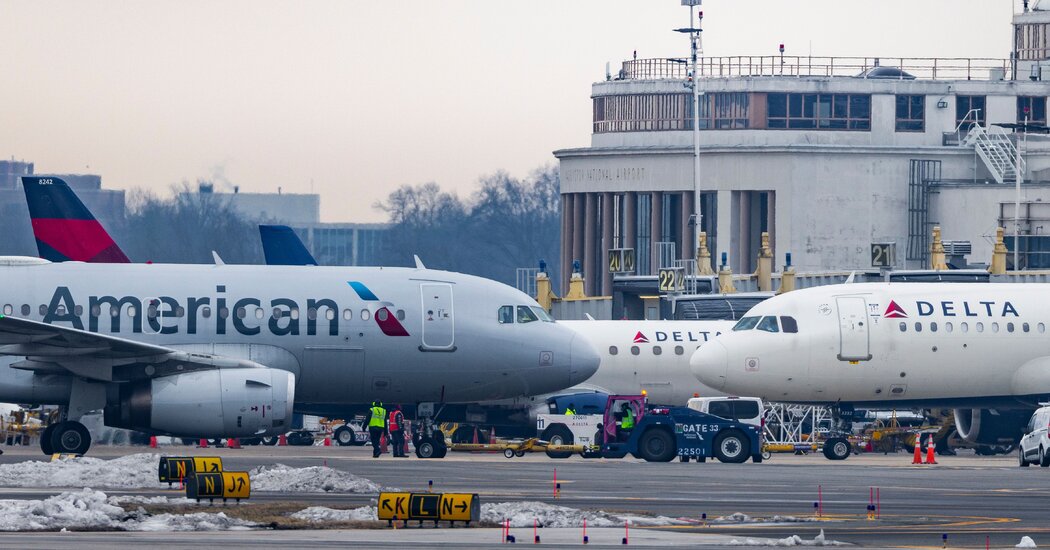 The Biden administration said on Friday that it would suspend 44 flights from the United States to China operated by Chinese airlines in retaliation for China’s imposing similar restrictions on American companies in recent weeks.

The Chinese government has canceled the flights, operated by American Airlines, Delta Air Lines and United Airlines, after passengers on their planes tested positive for the virus after arriving in China. The passengers had tested negative before getting on their planes.

In the order on Friday, the U.S. Transportation Department described the suspensions by China, which run through early March, as punitive and unfair.

China’s aviation authority canceled the flights using a “circuit breaker” provision intended to allow the country to limit the spread of the virus. According to the U.S. order, China’s policies allow airlines that deliver passengers who later test positive for the virus to choose either a two-week suspension of the offending flight or a four-week limit on the number of passengers on that flight. The U.S. companies were never given that choice, and were denied the four-week notice promised under Chinese policy, the Transportation Department said.

“The Chinese government individually clears each and every potential traveler for travel to China prior to their departure from the United States, after verifying predeparture test results and other required documentation,” Carol A. Petsonk, a top aviation official in the department, wrote in the order. “U.S. carriers, who are following all relevant Chinese regulations with respect to predeparture and in-flight protocols, should not be penalized if passengers, postarrival, later test positive for Covid-19.”

The order suspends 44 flights from the United States to China scheduled from Jan. 30 to March 29. The affected flights are operated by Air China, China Eastern Airlines, China Southern Airlines and Xiamen Airlines. Most were scheduled to depart from Los Angeles, with the others departing from New York. France and Germany have taken similar actions in response to China’s use of the circuit breaker policy.

Early in the pandemic, Chinese officials barred U.S. airlines from operating passenger flights into their country, prompting the Trump administration to retaliate. The dispute eventually subsided, and limited flights between the countries resumed more than a year ago.

Delta and United did not immediately respond to requests for comment. American deferred to Airlines for America, a trade group, which said in a statement that it was “supportive of the actions taken by the Department of Transportation to ensure the fair treatment of U.S. airlines in the Chinese market.” The Civil Aviation Administration of China, the country’s aviation authority, could not immediately be reached for comment.