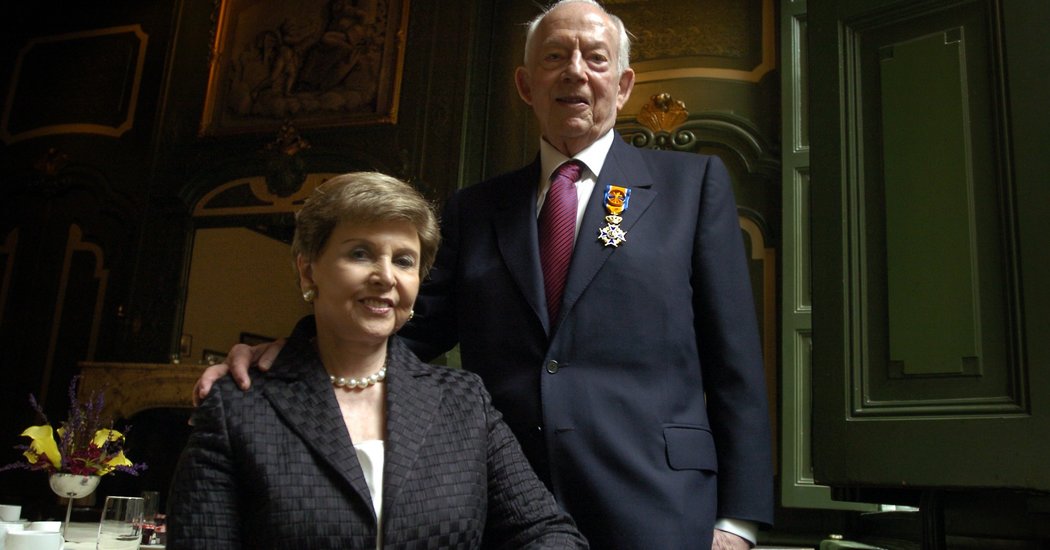 Beverly Sackler, a philanthropist and matriarch of the family that owns Purdue Pharma, whose painkiller OxyContin has been blamed for the opioid epidemic, died on Monday. She was 95.

Her death was disclosed in a legal filing by Purdue Pharma’s lawyers in United States bankruptcy court, where last month state and local jurisdictions and other plaintiffs reached a settlement that would require the family to relinquish the company and pay at least $3 billion in claims. Purdue Pharma filed for bankruptcy; suits from 25 states are pending.

Last week a judge in bankruptcy court in White Plains. N.Y., citing the mounting legal costs, ordered a pause in those states’ action and urged the parties to work toward a compromise.

Ms. Sackler had been a board member of Purdue Pharma since 1993.

The court filing did not say where she died, give the cause of death or list her survivors. She lived in Greenwich, Conn.

Ms. Sackler’s husband, Raymond, was the youngest and last surviving of three brothers, all psychiatrists, who in 1952 bought what became Purdue Pharma. Mr. Sackler died in 2017 at 97. Arthur, the eldest, died in 1987, Mortimer in 2010.

Almost 2,700 lawsuits have been filed against Purdue Pharma asserting that in its marketing of OxyContin it failed to warn doctors and patients about the risks of addiction, and hundreds of those suits name members of the Sackler family as culpable because they were officers or board members of the company, which is based in Stamford, Conn.

Purdue Pharma’s profits fueled a philanthropic dynasty, which endowed professorships and cultural prizes around the world and emblazoned the family name on medical institutes and museums. Forbes has estimated the family’s worth at $13 billion.

Ms. Sackler’s son Richard S. Sackler was the company’s president from 1999 to 2003 and later co-chairman of the board. Her other son, Jonathan D. Sackler, was a vice president and also a board member, as was her grandson David. By early this year, no family members remained on the board.

The Sacklers and the company denied responsibility for the opioid crisis. They averred that even during the worst years of the epidemic, from 2013 to 2016, Purdue Pharma manufactured about 4 percent of prescription painkillers sold in the United States, and that its products were federally approved and monitored.

Beverly Feldman was born on May 13, 1924, in Brooklyn to Dave and Anna Feldman, Jewish immigrants from Eastern Europe. Her father managed a clothing factory. She married Raymond Sackler in 1944.

The New Yorker described “Dr. Raymond,” as he was known, as “the least interesting of the three brothers” (he married once, each of his siblings three times) and said Richard Sackler had “worked tirelessly to make OxyContin a blockbuster.”

The family’s philanthropy built wings housing the Temple of Dendur at the Metropolitan Museum of Art in New York and Asian antiquities at the Louvre in Paris, as well as a library at the University of Oxford in England and a scientific institute at Columbia University in New York.

The family has funded endowed professorships at the Raymond and Beverly Sackler Institute for Biological, Physical and Engineering Sciences at Yale. A university spokeswoman said that Yale had decided this year to stop accepting donations from the Sacklers as a result of the opioid controversy; so have the Metropolitan Museum, the American Museum of Natural History and the Solomon R. Guggenheim Museum in New York, and the Tate Modern and the National Portrait Gallery in London.