Famed investor Warren Buffett loves Apple (NASDAQ: AAPL) stock, recently saying he’d ” love to own 100% of it .” But with Apple’s total market cap recently surpassing $1 trillion , not even the Oracle of Omaha has that kind of money. But ever since first investing in Apple in 2016, Berkshire Hathaway (NYSE: BRK-A) (NYSE: BRK-B) has steadily increased its holdings nearly every quarter since. The conglomerate is more aggressive in its purchases in some quarters, while more modest in others. 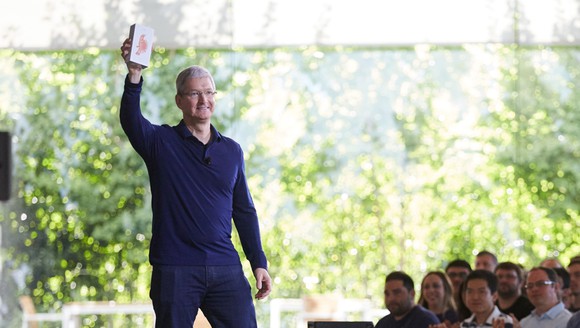 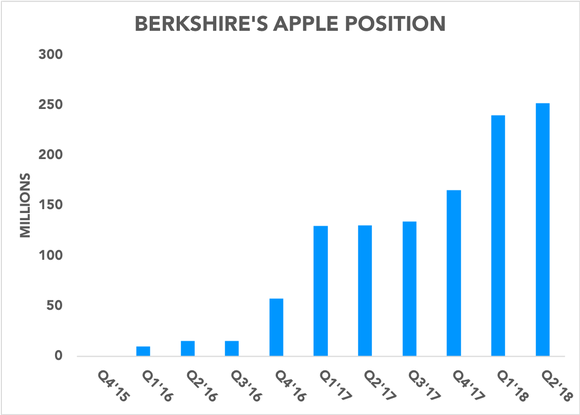 Berkshire’s purchases in the second quarter were actually on the modest side, especially compared to the 74.2 million shares that it bought in the first quarter or the 31.2 million shares it acquired in the fourth quarter. 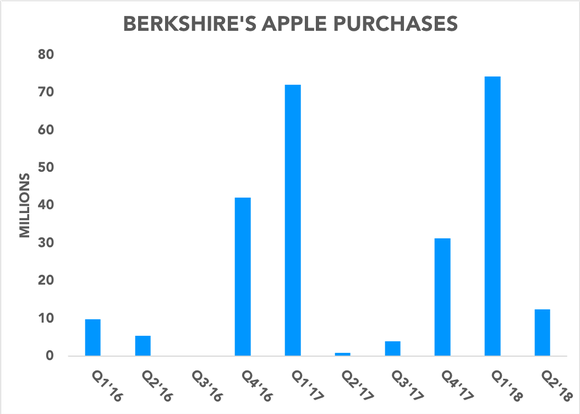 Buffett now holds a little over 5.2% of all Apple shares outstanding, a stake that the investor has noted would actually rise eventually even “without laying out another dollar.” That refers to Apple’s monstrous share repurchase programs, which gradually reduce shares outstanding over time, delivering earnings accretion to long-term investors like Buffett. The Mac maker just got to work on a fresh $100 billion buyback authorization after completing the prior $210 billion program.

The news comes as David Einhorn’s Greenlight Capital, another prominent institutional shareholder that once advocated for a class of perpetual preferred shares, disclosed that it had cut its Apple position by nearly 80% in the second quarter.

While Einhorn and Buffett are moving in different directions with their Apple investments, both are value investors at heart. One of the most astounding aspects of Apple’s $1 trillion market valuation is the fact that the company still trades at a meaningful discount to the S&P 500 . Even following the rally after its second-quarter report, shares are currently trading at 19 times earnings, compared to the broader market’s P/E ratio of 24.4.

Generally, Buffett likes to keep his stakes in most companies under 10% in order to avoid heightened regulatory scrutiny. At 5.2% currently, Berkshire still has plenty of room to keep scooping up Apple shares.

10 stocks we like better than Apple
When investing geniuses David and Tom Gardner have a stock tip, it can pay to listen. After all, the newsletter they have run for over a decade, Motley Fool Stock Advisor , has quadrupled the market.*