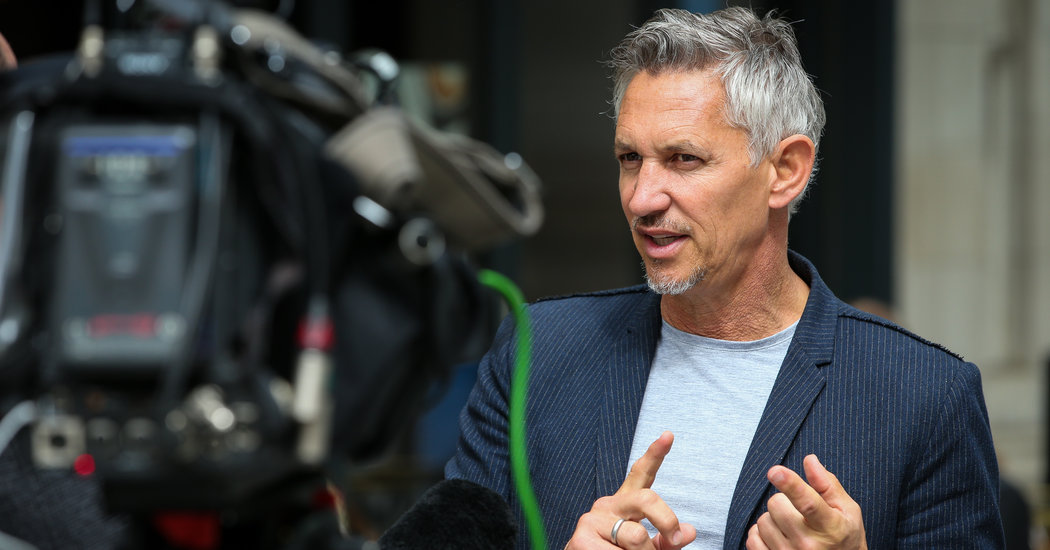 A year after a public relations debacle over wide pay disparities between its male and female stars, the BBC on Wednesday released a new list detailing how much it pays its top talent. And while the list suggested that there had been some progress, the reality remains somewhat gloomy for women.

Despite a narrowing of the BBC’s gender pay gap, the list showed that the publicly financed broadcaster’s 12 highest-paid stars were men. The revelation prompted accusations that the British broadcaster was actually moving backward considering that last year only the seven highest paid were men. This year, only two women ranked among the 20 highest paid.

The BBC’s director general, Tony Hall, said the new figures showed that the broadcaster was taking positive steps and he emphasized that the overall goal was to get to a 50-50 split on the list. That, he acknowledged, could “take some time.”

“Closing the gender pay gap is a priority for the BBC. We must lead the way,” Mr. Hall said in a statement. “Today’s figures show we are making good progress, but we are not there yet and that is why we will keep pressing to deliver change.”

The BBC’s publication last year of the salaries of on-air broadcasters earning more than £150,000, or about $200,000, touched off public outrage after the list revealed a huge disparity in pay between men and women as well as ethnic inequality that many employees said had been “known for years.”

The corporation, whose budget largely comes from license fees paid annually by most British households, was required to disclose the salaries of its top celebrities as part of a negotiation with the British government to related to the renewal of its Royal Charter.

This year, Gary Lineker, the host of the soccer program “Match of the Day” and one of the faces of the BBC’s World Cup coverage, overtook Mr. Evans as the highest-paid host, earning £1.75 million to £1.76 million in 2017-18.

Several BBC hosts, including Mr. Evans, took pay cuts as the corporation moved to close the gender gap, which was reduced by nearly one-fifth over the past year, the BBC said.

The median pay gap between men and women doing comparable jobs has fallen to 7.6 percent from 9.3 percent since last year amid a series of initiatives that included introducing simpler job descriptions and repositioning people within pay ranges.

Despite the apparent progress, some critics accused the BBC of slipping since the number of highest male earners has increased.

“Last year, the BBC’s Top 7 earners were ALL men,” Rachel Reeves, a member of Parliament for the Labour Party, wrote on Twitter. “This year, it’s the Top 12. Disgraceful that we seem to be going backwards in the drive for pay equality.”

The remaining gap, according to the BBC’s analysis, resulted from structural issues, with too few women in senior leadership roles and more women than men in the work force’s lowest quartile.

The disclosure of the salary discrepancies caused severe discontent within the BBC, leading to the resignation in January of Carrie Gracie, a senior editor who accused the corporation of having a “secretive and illegal pay culture.”

Ms. Gracie resigned as the broadcaster’s Beijing bureau chief after learning that her male counterparts earned at least 50 percent more than her. She remained at the BBC, however, saying that she would return to her post only when she was paid equally.

The BBC apologized to Ms. Gracie for paying her less than her male colleagues and offered her a financial settlement that she said she had donated to a charity for women seeking legal advice on equal pay claims.

After consulting extensively with BBC staff members, the corporation set out new initiatives meant to support women interested in moving up to leadership roles.

“This report sets out a true reflection of everything we’ve heard from those who’ve contributed to the work,” said Donald MacKinnon, the director of BBC Scotland. “We commit to taking forward the recommendations that will bring a step-change in gender equality at the BBC.”

But women’s rights said that the broadcaster still had work to do.

“The organization is clearly still a long way from valuing women as much as it values men,” said Sophie Walker, leader of the Women’s Equality Party, a British feminist political party. “Tackling pay inequality means not just equal pay for equal work and talent, but also understanding the structural barriers that stop women from equally accessing work.”