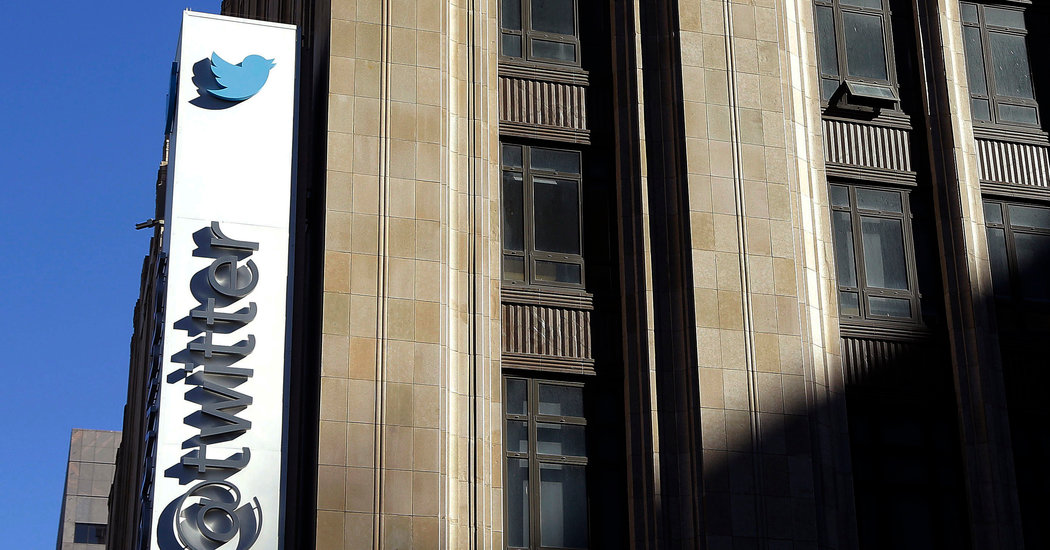 In recent months, Twitter has taken a number of steps to improve what Ms. Harvey and other company officials call “healthy conversation” on the platform, including rooting out fake and automated accounts. Last month, Twitter announced that as of May, its systems were “locking” almost 10 million suspicious accounts per week, far more than last year, and removing more for violating anti-spam policies.

Twitter locks an account — blocking it from posting or interacting with other users — when the company suspects that it is automated spam, or that it has been compromised, usually by having its password hacked or leaked. Most spam accounts are quickly removed. But until now, even after Twitter privately identified an account as suspicious and locked it, that account would still be included among the legitimate followers of a user.

Most of the time, according to Twitter, the locked accounts are not included in the monthly active user count it reports to investors each quarter, a critical Wall Street metric for social media companies. But the locked accounts were nevertheless allowed to inflate the follower counts of a large swath of users.

That choice helped propel a large market in fake followers. Dozens of websites openly sell followers and engagement on Twitter, as well as on YouTube, Instagram and other platforms. The Times revealed that one company, Devumi, sold over 200 million Twitter followers, drawing on an estimated stock of at least 3.5 million automated accounts, each sold many times over.

Tens of thousands of automated accounts were created by stealing profile information from real users, including minors. One such victim, a teenager named Jessica Rychly, had her account information — including her profile photo, biographical information and location — copied and pasted onto a fake account that retweeted cryptocurrency advertisements and graphic pornography.

Twitter officials believe that the new policy will disrupt the marketplace for fake followers and curb abusive practices used to create fake accounts: Since suspicious accounts will now be stripped from users’ followers, the company hopes there will be less incentive to purchase fakes in the first place.

Twitter has also begun to permanently remove more suspicious accounts. After The Times’s investigation was published in January, Twitter removed over a million accounts from the followers of Devumi customers — accounts that the company said violated its spam policies.