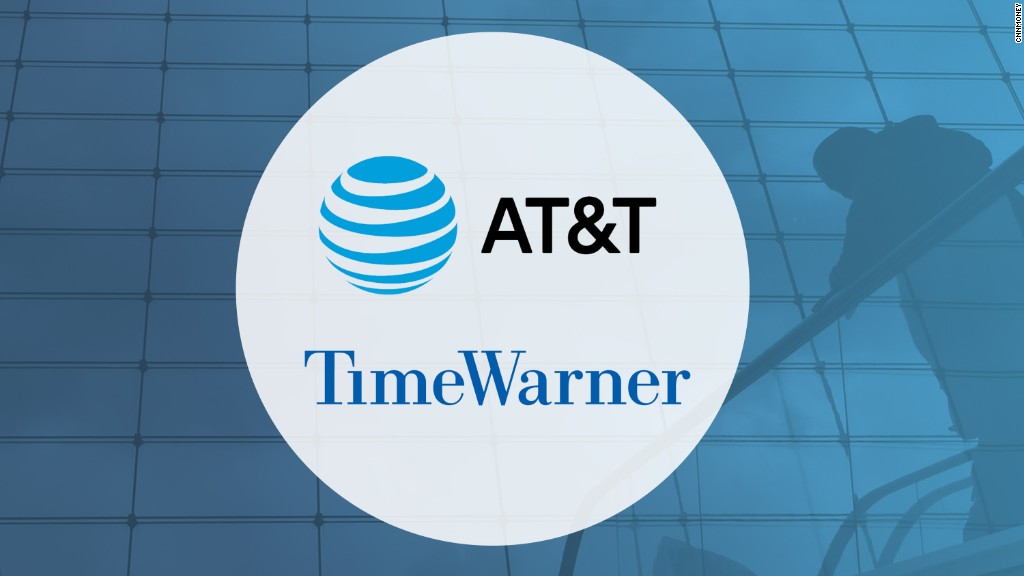 AT&T executives are increasingly concerned that the Justice Department will go to court to block its pending acquisition of Time Warner.

On Wednesday the company said the timing of the deal’s closing is “uncertain.”

“We are in active discussions with the DOJ,” John J. Stephens, chief financial officer for AT&T (T, Tech30), said at a Wells Fargo conference.

The stock of Time Warner (TWX), which owns CNN, fell more than 3% in early trading. AT&T was down slightly.

The wireless giant previously said that it expected the acquisition to take effect by the end of this year. The deal was announced more than a year ago.

While the Justice Department declined to comment, sources had told the Journal that the department will sue if it can’t reach an agreement on so-called “conditions” that are attached to the deal.

The Journal story was an unwelcome surprise for AT&T executives. Transactions like Comcast’s acquisition of NBCUniversal in 2011 are routinely approved with conditions attached.

“For over 40 years, vertical mergers like this one have always been approved because they benefit consumers without removing any competitors from the market,” AT&T said last week. “While we won’t comment on our discussions with DOJ, we see no reason in the law or the facts why this transaction should be an exception.”

The Justice Department’s hardline approach to AT&T — belying the business-friendly image of the Trump administration — has spurred questions about Trump’s personal interest in the deal.

As a candidate, President Trump publicly vowed to block the deal. As president, he frequently criticizes CNN. Over the summer The New York Times reported that Trump aides discussed using the pending deal as a powerful form of leverage over CNN’s coverage.

“You have to wonder” about the behind-the-scenes machinations “given that Trump has a vendetta against CNN and has openly talked about using these types of deals to punish them,” Trevor Timm, the executive director of the Freedom of the Press Foundation, told CNN last week.

On last Sunday’s “Reliable Sources” on CNN, when asked whether Trump has had any involvement, counselor to the president Kellyanne Conway said “we’re not going to interfere with that here.”

When asked whether the president still personally opposes the AT&T-Time Warner deal, Conway said, “I haven’t discussed that with him lately.”

Trump was quoted criticizing the DOJ several times last week. He said he wants the department to investigate his political rivals, including Hillary Clinton.

AT&T has declined to directly comment on concerns about political interference.

But Stephens reiterated confidence in the deal at Wednesday’s Wells Fargo conference, saying “these types of mergers bring great benefit to customers and have very routinely been approved by the DOJ and the federal government.”