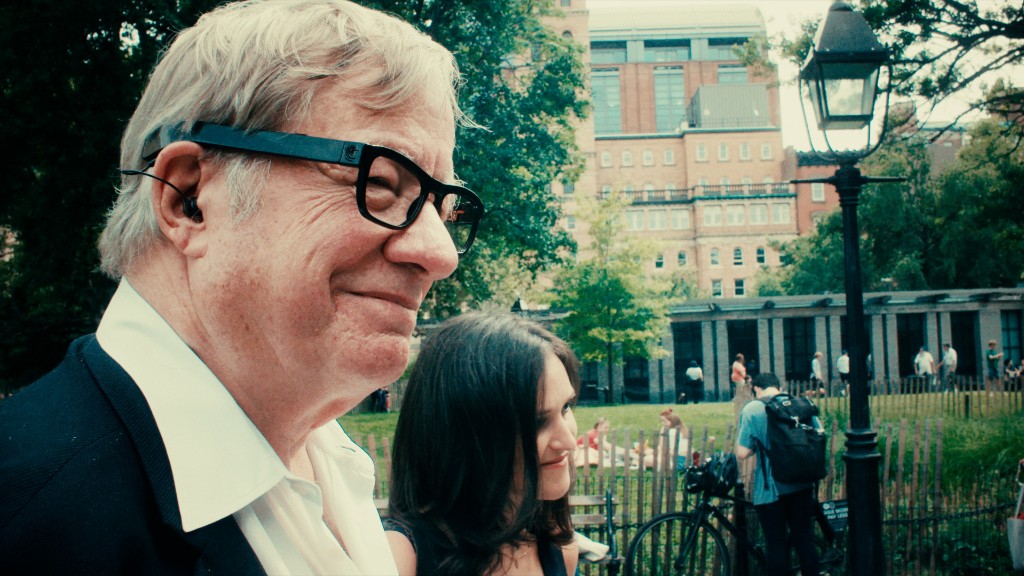 Like many people who need hearing aids, Peter Sprague didn’t rush out to get a pair once his hearing started to suffer.

“It’s a billboard that says you’re old — with all the concomitant things that go with being old,” he said.

One in three people in the U.S. between 65 and 74 years old has hearing loss. But only about 20% of those in need get hearing aids due both to the stigma and price. In fact, those who need hearing aids wait about 10 years before seeking help.

When Sprague was ready to use aids, instead of getting morose, he wanted to make a change.

HearGlass, now a fourth-generation prototype, has a purpose that’s threefold: Eliminate the stigma associated with the devices — they look more like a fashion accessory — improve the quality of sound and offer an affordable product.

Sprague has had colorful career as an inventor and businessman. He spent 30 years as the chairman of National Semiconductor and was a co-owner of British carmaker Aston Martin. He even ran for a U.S. congressional seat against Ed Koch in 1970 (he lost).

But one of the biggest concerns he had with standard hearing aids was how badly they distorted audio. He wanted to do something about it.

“We decided to hide [the hearing aid] in plain sight,” he said.

Sprague isn’t the only inventor who has embedded tech into glasses frames. His work follows in the footsteps of Google Glass and Snapchat’s Spectacles. Other manufacturers have even explored integrating hearing amplification into frames, too.

But Sprague said he’s able to build in a better high-fidelity audio system into eyeglass frames.

“I literally did not go to concerts anymore,” said Sprague, a music aficionado.

Traditional hearing aids provide amplification in lower frequency ranges to help with voice understanding, but not the full range of sound that speech and music encompasses.

HearGlass has directional microphones to focus sound for clarity in a noisy room. It also touts a rechargeable battery, Bluetooth and WiFi capabilities. In addition, the company is developing a “What” button that lets users replay the last three seconds of audio.

All functions are user-controlled, including adjustable amplifications and frequencies. Ear buds are attached to the frame.

The company has attracted some big names in the space. Janet Baker, managing director of HearGlass, is the cofounder of Dragon Systems, which developed the speech recognition dictation technology incorporated into Apple (AAPL, Tech30)‘s Siri, as well as other products and applications.

Devices average $2,300 per hearing aid — and most people purchase two. HearGlass hasn’t yet determined pricing but said it will be “substantially” less expensive than traditional hearing devices.

Sprague considers HearGlass a personal amplification device but it could fall into a new category of over-the-counter hearing aids. Congress passed the Over-the-Counter Hearing Aid Act in August, a bid to increase access to affordable hearing devices.

Marshall Chasin, an audiologist who studies the intersection of music and hearing loss, believes manufacturers are getting closer to creating devices that meet the needs of today’s users.

Some of the major hearing-aid companies that dominate the market are making improvements to help wearers hear a more dynamic range of sounds without distortion. For example, they’ved moved from 16-bit systems to 19-bit systems.

“Who knows why it’s taken so long?” said Chasin, noting the technology has been available for decades.

Chasin said he’s unsure if something like HearGlass could be a good alternative, questioning the placement of microphones within a frame instead of the ear.

“[But] I think there’s a lot of importance to improving the cosmetics,” said Chasin.

The company is working to bring its device to market. HearGlass is currently fundraising to build out the fifth version and launch broader testing of the devices.

“The one thing you can predict is that the world is going to get noisier and we’re going to get older,” Sprague said