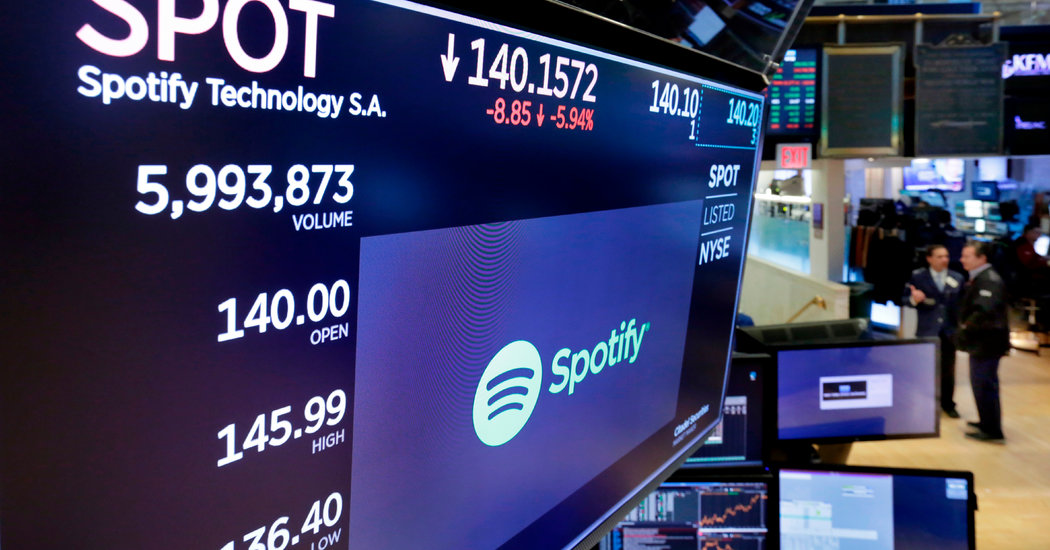 What the labels would do with any profits from selling their Spotify stakes has been a subject of debate in the industry. The labels have said that they would share the profits with their artists but have offered few specific details about how those payments would be calculated.

The Worldwide Independent Network, a trade group for small music labels, has called on the major labels to share that money with the independent labels they distribute.

Among the majors, Sony had the largest share in the company, with about 5.7 percent, according to Spotify’s prospectus. The stakes owned by the other two big labels, Universal and Warner, were not disclosed but are believed to be 4 percent or less. Merlin, an organization that represents independent labels in licensing negotiations, also has a stake.

Sony said it had sold 17.2 percent of its position in Spotify on Tuesday. It offered no further details of the transaction, but if it was made at Spotify’s closing price of $149.01, the sale would be worth $260.5 million. If the sale occurred at the opening price of $169.50, it would be $296 million.

Sony also announced on Wednesday that it would book a profit of 105 billion yen (about $986 million) for its fiscal first quarter, attributed to both its sale of the Spotify stock and the value of its remaining stake.

For the big labels, the question of whether — and when — to sell their Spotify equity ties in with a potential risk when it comes to dealing with their artists. If the labels sell right away, they may be accused of prematurely cashing out; if they wait, they may be accused of holding on too long to money that they have said belongs to their artists.

Representatives of Universal, Warner and Merlin declined to comment, but no transactions related to those companies’ stakes in Spotify have been announced.

A spokeswoman for Sony Music on Wednesday declined to comment on any details of Sony’s transaction. But on Tuesday, before the market opened, Sony and the Orchard, its independent distribution arm, released a brief statement saying that they were “committed to sharing with their artists and distributed labels any net gain they may realize from a sale of Sony Music’s equity stake in Spotify.”