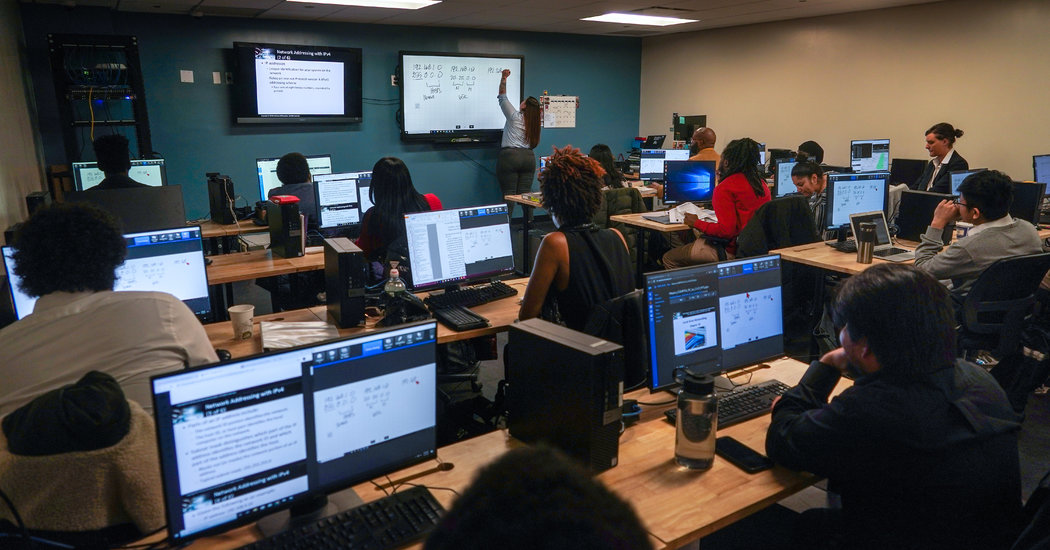 Economists, business leaders and labor experts have warned for years that a coming wave of automation and digital technology would upend the work force, destroying some jobs while altering how and where work is done for nearly everyone.

In the past four months, the coronavirus pandemic has transformed some of those predictions into reality. By May, half of Americans were working from home, tethered to their employers via laptops and Wi-Fi, up from 15 percent pre-pandemic, according to a recent study.

The rapid change is leading to mounting demands for training programs for millions of workers. On their own, some of the proposals are modest. But combined they could cost tens of billions of dollars, in what would be one of the most ambitious retraining efforts in generations.

A group of mainly corporate executives and educators advising the Trump administration on work force policy called for “immediate and unprecedented investments in American workers,” both for training and help in finding jobs. And even before the pandemic, former Vice President Joseph R. Biden Jr. had proposed investing $50 billion in work force training.

In Congress, there is bipartisan support for giving jobless workers a $4,000 training credit.

“This is the moment when we should make a significant public investment,” said David Autor, a labor economist at M.I.T., “when we should have a Marshall Plan for ourselves.”