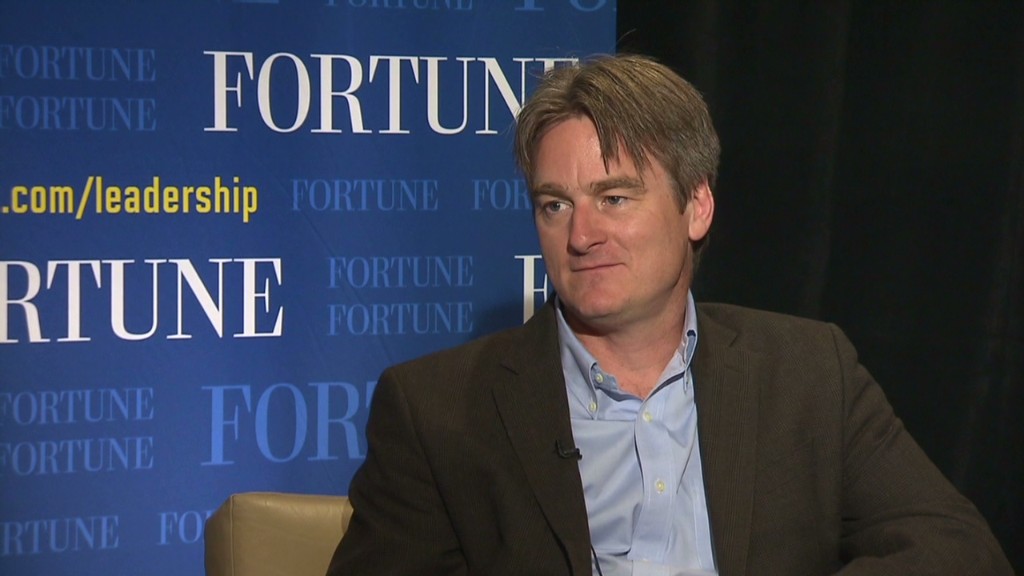 As corporate profits rise and jobless ranks shrink, online recruitment sites are finding themselves in a sweet spot.

Unemployment is near record lows, leaving companies scrambling to find the right workers. Wages are also finally rising, making it more difficult to lure people away from existing jobs.

“It’s sort of a perfect storm of workers who are satisfied in their current jobs, creating a dearth of talent in the labor market that’s looking for new work,” says Ian Siegel, who co-founded ZipRecruiter in 2010.

Revenues for the online recruitment industry have grown at an average rate of 14.6% over the past five years, according to the research firm IbisWorld. And the momentum isn’t expected to stop: The industry made $4.4 billion in 2017 and is anticipated to rake in $6.4 billion in 2022, IbisWorld found.

But the field is getting crowded with newcomers as investors look to profit off this hot market. Last year, there were 523 funding deals for human resources technology companies, an all-time high, according to the investment data firm CBInsights.

That has job recruiting sites in a high-stakes competition to connect businesses with talent, fast.

As companies jockey for advantage in all parts of the recruiting and hiring process, from surfacing candidates to skills testing, they’ve been buying smaller startups with more targeted services and products.

Indeed, for example, recently bought Interviewed, which administers tests that help employers gauge whether an applicant has the requisite skills.

Related: How to find (and snag) a killer job

New technology has also helped. Siegel says recruiting sites are now applying machine learning techniques that enable them to recommend candidates that are most likely to succeed in a position.

“When your product is so much better than everything that has existed before, the real challenge is trying to tell as many people as possible,” Siegel says.

To get that message out, some online job sites have launched an ad blitz, mostly targeting employers.

An industry grows up

Monster, CareerBuilder, Craigslist — online job boards started popping up in the mid-90s, providing an alternative to the listings found almost solely in the classified sections of newspapers.

The industry evolved in the early 2000s with the advent of LinkedIn, which collected data on millions of workers who may or may not be actively searching for jobs. That allowed recruiters and companies to search for the best candidates — even if they already had jobs — in the hopes that they might jump ship for the right offer. Recruiters can now search for people who’ve spent a long time in their current positions without getting a promotion, for example, and who might be more open to new opportunities.

Job search engines, like Indeed, have profited by enabling job-seekers to find listings from across the web. But the real money flows in when employers are seeking to fill high-demand spots in particularly hot job markets — software developers in San Francisco, for example — and pay more to reach the best candidates.

“Roles that are tougher to hire for, there’s more competition,” says Indeed’s president, Chris Hyams. “Spend goes up when it’s harder to fill a position.”

The extra money spent can be well worth it. The economy is more efficient when people with a set of skills are able to find employers who need them, and vice versa.

Some companies are targeting their offerings. After its 2016 acquisition by the global staffing firm Randstad, Monster refocused its listings on middle-income workers, like nurses and construction managers.

“They’re the ‘Linked Out’ and they’ve largely been neglected,” says Monster’s chief marketing officer Jonathan Beamer. “We’re optimistic about the opportunity to help these workers show employers their value and help employers find them.”

Economists have found that recruitment websites accelerate the rate at which workers find the best job for their passion and talents, which boosts productivity. A 2015 report by consulting firm McKinsey found that “online talent platforms,” which include providers of contract work like Uber and Taskrabbit, could add 2% to global GDP by 2025 by providing more visibility into available job opportunities.

“I think that the transparency and efficiency has played a role in bringing the unemployment rate to a level nobody thought we could achieve,” says Susan Lund, one of the McKinsey report’s co-authors.

Data has become key to successfully connecting clients with candidates. The more a company knows about a prospect, the better and faster they’ll be able to match them with employers.

Siegel, of ZipRecruiter, says he has a 30-person team in Israel working on artificial intelligence that takes someone’s online profile and figures out how likely a company is to hire them.

“If you’ve applied three times and been rejected each time, that gives us a strong signal about whether or not you are qualified,” Siegel says. “What’s about to become possible, and where we seek to go, is if we could start to collect performance data on employees in various roles. Then you would really have something powerful.”

The company that has more data than anybody else? Google.

The online search giant made a big move into the recruiting business last year with the launch of Google for Jobs, a portal that will sort job search results by location, occupation, and company. The idea: To reduce the amount of clutter in search results by funneling listings into a simple interface.

“All these different job boards were competing like hell to be the first ranked,” says Michael Overell, the CEO of RecruitLoop, which helps employers find recruiters. “So I think Google’s view is that we can really improve that experience for consumers.”

Google may accomplish that goal. And rather than attempting to compete directly with existing job sites, it is instead partnering with them. Job seekers have the option of applying directly through the company, or through the job search engine.

Opting in means ceding control over the search experience. While Google says it’s not charging the job sites for access to its portal, a spokeswoman declined to say whether it would run ads against those listings in the future.

Opting out means losing out on the enormous traffic from Google’s search portal. (Indeed was the largest company to opt out, and it says its usage hasn’t declined since Google for Jobs launched in June 2017.)

“[Google is] making money off people like ZipRecruiter, CareerBuilder and Monster,” Li says. “All the investment you put into your brand is still there, but you’re building up someone else’s brand. It’s a deal with the devil, but it’s worth it.”