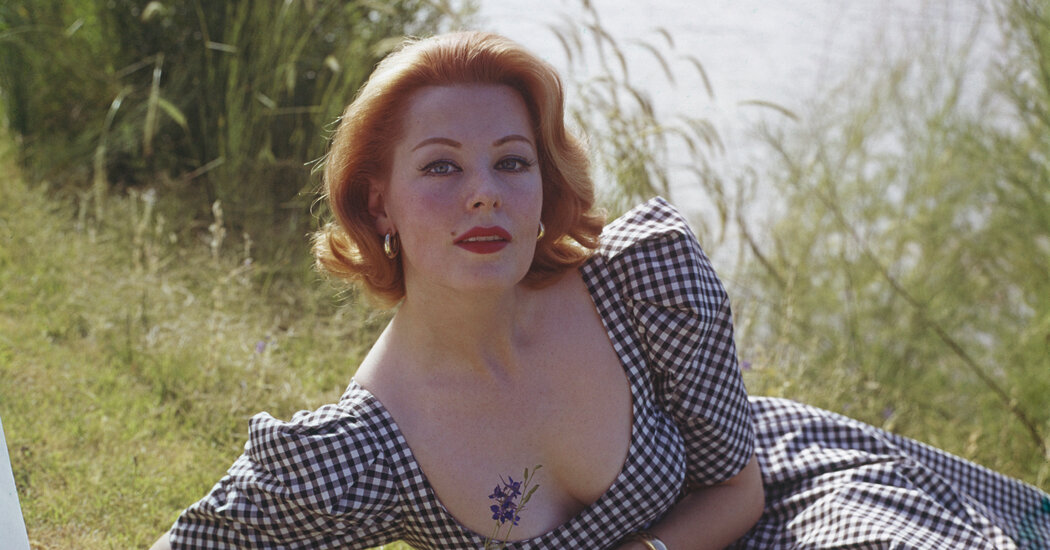 These ventures kept her in the public eye long after she had left Hollywood and settled on the Upper East Side of Manhattan. And though acting was no longer her focus after the early 1960s, she was seen into the 1990s on television shows like “The Love Boat,” “Fantasy Island” and “Renegade.”

She also appeared on Broadway in 1972, when she took over the lead role in “Applause,” the hit musical based on the 1950 movie “All About Eve.”

Arlene Carol Dahl was born on Aug. 11, 1925, in Minneapolis. Her father, Rudolph Dahl, was a car dealer. Her mother, Idelle (Swan) Dahl, died when Arlene was a teenager. With her father’s blessing, she then moved to Chicago, where she modeled for the Marshall Field’s department store, before relocating again, this time to New York City, where she continued to work as a model while pursuing acting.

In 1945, she landed a small part in a short-lived Broadway musical, “Mr. Strauss Goes to Boston.” The next year, while appearing in Philadelphia in “Questionable Ladies,” a play that would close before making it to Broadway, she was spotted by the movie mogul Jack Warner, who invited her to Hollywood for a screen test.

Ms. Dahl began her movie career with Warner Bros., but soon moved to MGM, the leading studio of the day, where she first attracted notice with supporting roles in movies like “The Bride Goes Wild” (1948) and “Scene of the Crime” (1949). She became a regular presence in the Hollywood gossip columns as well; after dating, among many other men, the young John F. Kennedy, she had two well-publicized marriages to fellow actors.