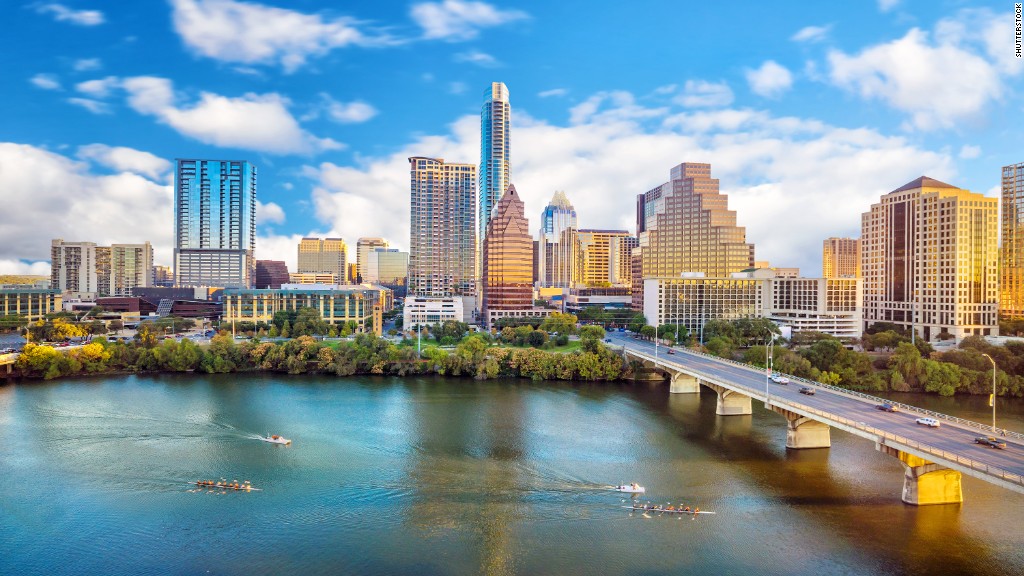 The city is on Amazon’s short list of the 20 metro areas still in running for the $5 billion facility that will create 50,000 jobs. The company received proposals from 238 cities and regions across North America.

Experts say Atlanta’s cost of living, talent pool and access to the world’s busiest airport (despite its major power outage last year) are some of its biggest draws. But the state’s current political climate could cause Amazon to think twice.

Georgia Republicans are threatening to kill a tax break for Delta (DAL) over the airline’s move to sever ties with the National Rifle Association following a mass shooting at a Florida high school.

Related: The controversy that could hold back some Amazon HQ2 contenders

“This could absolutely give Amazon pause,” said Neeraj Arora, a marketing professor at the Wisconsin School of Business. “The company has taken a stance on social issues in the past.”

Some experts believe the Republicans’ move is political posturing without any real threat of policy change. Still, they say it’s cause for concern that a high-ranking government official is willing to attack a company over canceling an NRA travel discount program.

“Georgia has really hurt their Amazon bids in recent weeks,” said Nathan Jensen, a government professor at the University of Texas at Austin.

It also indicates the political environment may not be stable, according to Brian Richter, an assistant professor of business, government and society at the McCombs School of Business.

“It signals to Amazon that politicians in Georgia are more concerned about scoring points with constituents sympathetic to a particular social view than they are about whatever business or economic rationale they may have to direct benefits to a specific firm,” he said.

Other companies thinking about expanding to Georgia could worry about politics interfering with business, as well, according to Wisconsin’s Arora.

Meanwhile, a recent bill passed by the Georgia Senate allows adoption agencies funded with taxpayer money to refuse to work with same-sex couples. This could be an even bigger concern for Amazon, which has been a vocal advocate for the LGBT community.

In 2016, Republican Georgia Governor Nathan Deal vetoed a “religious liberty” bill that would have allowed religious organizations in the state to deny services and jobs to lesbian, gay, bisexual and transgender people. However, Deal leaves office in 2018, and some of his possible replacements have reportedly said they would support similar laws.

Deal’s Chief of Staff Chris Riley said any future efforts to pass similar bills could hurt the state’s chances with Amazon, according to The Atlanta Journal-Constitution. Riley did not respond to a request for comment.

Earlier this month, a campaign called “No Gay? No Way!” urged Amazon to build its second headquarters in a state that protects LGBT people from discrimination.

Nine of the finalists on Amazon’s short list — Atlanta, Austin, Columbus, Dallas, Indianapolis, Miami, Nashville, Raleigh and Northern Virginia — are in states that fail to protect LGBT people from employment, housing and public accommodations discrimination, according to the campaign.

A spokesperson for the city of Atlanta said it cannot comment on anything related to the Amazon bid, but pointed to its record on LGBT issues, such as its non-discrimination laws.

“Amazon’s workforce will certainly have employees of all races, gender identities and sexual orientations,” said Joseph Parilla, a fellow at the Brookings Institution’s Metropolitan Policy Program.

“They want to attract those folks regardless of their background or personal choices, and will not want to operate in a cultural or political climate that may hinder attracting a diverse workforce,” he said.

However, Parilla believes Amazon will also weigh this against other key factors outlined in its request for proposals, such as access to mass transit, quality of life and tax incentives.

Amazon (AMZN) did not respond to a request for comment. But one of the company’s criteria for HQ2 is a diverse population and a place that is a “cultural community fit.” This would include considering inclusion policies.

CNN’s Jill Disis and Danielle Wiener-Bronner contributed to this report.