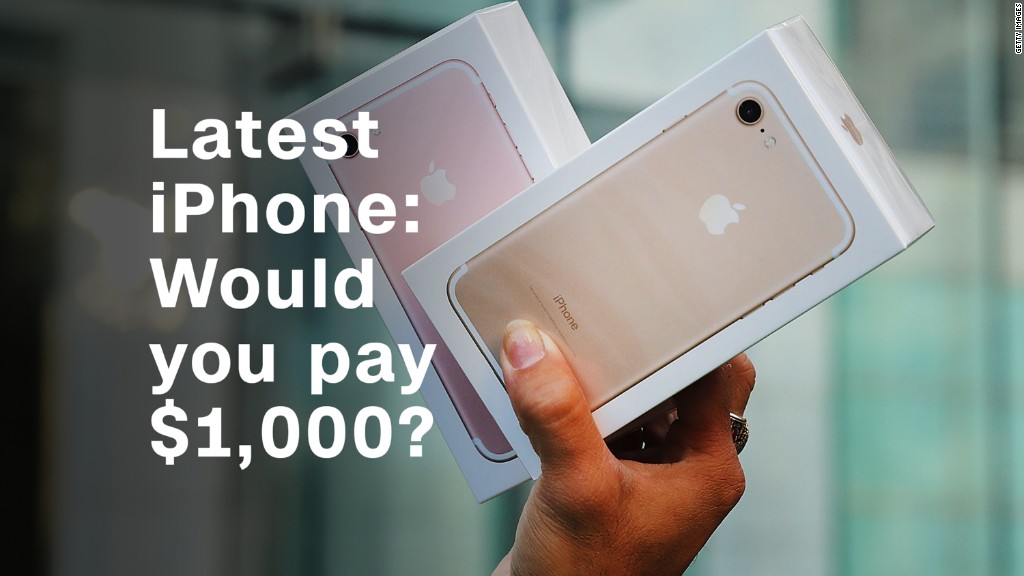 Apple will lure hundreds of tech reporters below ground on Tuesday morning to show them something shiny and new.

The company is holding its annual fall press conference inside the circular Steve Jobs Theater, part of Apple’s brand new multi-billion dollar campus in Cupertino, California. The company is expected to announce three new iPhones, including a special high-end version that could cost upwards of $1,000.

Apple (AAPL, Tech30) is also likely to announce an updated Apple Watch and Apple TV, and share more details on the new versions of its various operating systems and HomePod speaker.

The event comes a little more than ten years after Steve Jobs unveiled the very first iPhone on stage in San Francisco. That small rectangle has been responsible for making Apple one of the largest companies in the world. Now the iPhone accounts for nearly 70% of Apple’s revenue. Customers and investors have been waiting for a big iPhone upgrade, which CEO Tim Cook even blamed for slower than usual iPhone sales last year.

The press conference will be the first time Apple has held a large event at its new “spaceship” campus, which is expected to be completed later this year.

Leaks over the weekend may drain some of the suspense from the tightly choreographed two or three hour presentation. An anonymous source is said to have shared links online to early versions of iOS 11, the iPhone’s mobile operation system, and tvOS, its Apple TV software online.

According to Apple blogs 9to5Mac and MacRumors, the leaks indicate the new phones will be named iPhone 8, iPhone 8S and iPhone X. They seem to confirm many existing rumors about the new high-end iPhone, like the presence of face-detection security features, an edge-to-edge screen with a notch on top for cameras and sensors, a missing home button, and wireless charging. The leaks also included references to a new Apple Watch with a cellular connection, and an Apple TV with support for 4K videos.

The biggest mystery remaining may be what, exactly, the Steve Jobs theater looks like inside. The event starts at 10am PT / 1pm ET and will be live-streamed online. The CNN Tech team will be there, broadcasting, writing, photographing and tweeting live from some very expensive seats. Check back here for these updates at they happen and follow us on Twitter and Instagram.