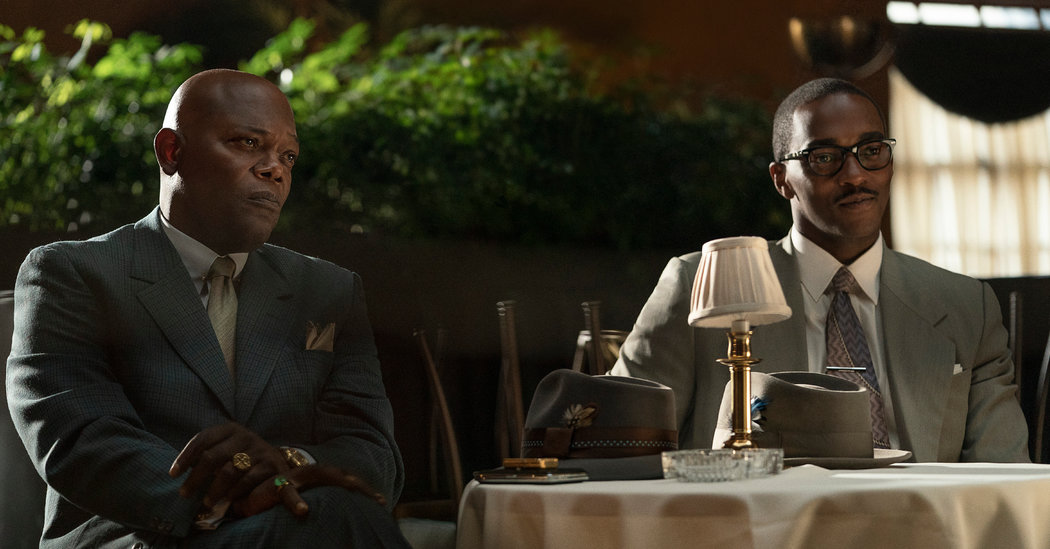 Apple canceled the premiere of “The Banker,” starring Samuel L. Jackson, on Wednesday, yanking the movie from its prestigious closing-night Thursday slot at the American Film Institute’s annual festival in Los Angeles.

Apple, a newcomer to the entertainment business, acquired the movie in July and planned to put it in theaters nationwide Dec. 6 before making it available on the streaming service Apple TV Plus in January. AFI Fest’s acceptance of the film, a civil-rights drama set in midcentury America, was a sign that it had Academy Awards potential.

“Last week some concerns surrounding the film were brought to our attention,” Apple said in a statement on Wednesday. “We, along with the filmmakers, need some time to look into these matters and determine the best next steps.”

“The Banker” is based on the true story of Bernard Garrett and Joseph Morris, two African-American entrepreneurs who sought to financially empower black Americans by buying homes in white neighborhoods for them to rent and offering loans to black-owned businesses. Trying to get around discrimination by the banking establishment, they recruited a working-class white man as their frontman.

The pair later expanded their ambitions, acquiring banks in the South. In 1965, Mr. Garrett and Mr. Morris testified at a congressional hearing on misconduct in the federally insured banking system, and they were later convicted of misusing funds.

One person with knowledge of Apple’s decision, who was not authorized to speak publicly, said a relative of one of the film’s main characters had raised some concerns.

The American Film Institute did not receive news of Apple’s decision until Wednesday. “Marriage Story,” a Netflix movie starring Adam Driver and Scarlett Johansson, will close the festival in its place. Apple has yet to make a final decision about the film’s theatrical release.

Apple announced itself as a major Hollywood player with the start of Apple TV Plus on Nov. 1, but its move into entertainment has had a few bumps. Its flagship series, “The Morning Show,” a big-budget drama starring Reese Witherspoon, Jennifer Aniston and Steve Carell, has received mixed reviews.

“When those reviews came in, I didn’t know what show they were watching,” Mimi Leder, an executive producer of the series who directed some of its episodes, said Tuesday at a conference sponsored by Recode in Los Angeles. “I thought they were nuts. The reviews felt like an attack on Apple.”

“The Banker” was originally going to have an R rating, mainly because of the language used by Mr. Jackson’s character, but the filmmakers successfully appealed to the Motion Picture Association of America and won a PG-13 rating.

They argued that black teenagers under 17, who would not be allowed to attend an R-rated movie without an adult, should be free to see a movie about a largely forgotten civil rights triumph and black financial empowerment, said Marshall Mitchell, a consultant on the film. He described the ratings debate during a talk after a screening of the film on Saturday.