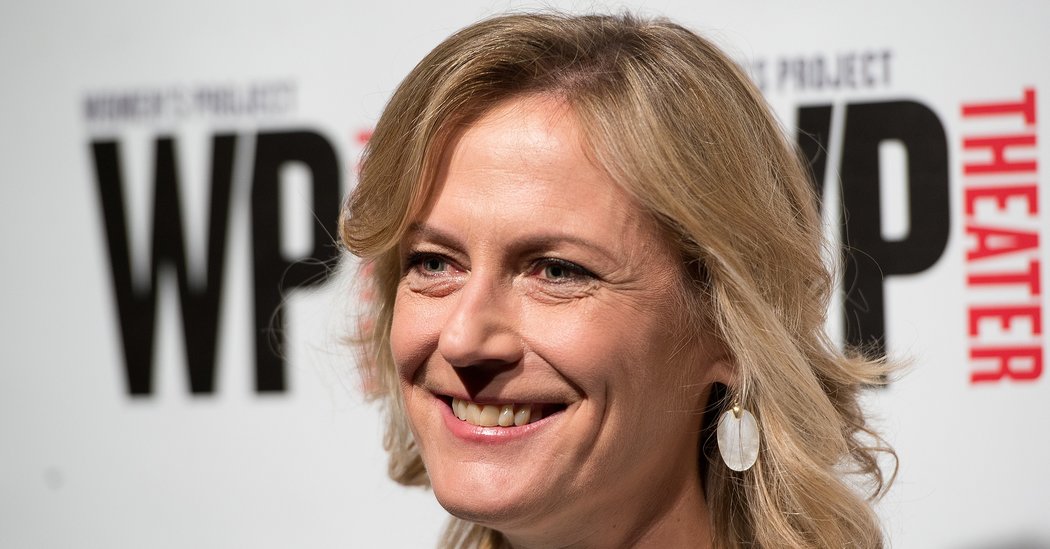 Ms. Sarnoff, a New Yorker whose career has included leadership roles at Nickelodeon, the Women’s National Basketball Association, Dow Jones and BBC America, will take over as chief executive at Warner Bros. later this summer. Ms. Sarnoff has no film experience, which AT&T may see as an asset: She will not be beholden to entrenched Hollywood practices at a time when the entertainment business is rapidly moving online.

Her new boss, John Stankey, the chief executive of AT&T’s WarnerMedia division, said in a statement that Ms. Sarnoff brought a “proven track record of innovation, creativity and business results.”

In a phone interview, Ms. Sarnoff emphasized her ability to innovate and develop growth strategies. “It’s figuring out the potential of brands and properties and super-serving customers,” she said. “It’s looking at more marketing routes.”

Ms. Sarnoff acknowledged that she has some learning to do before she becomes a major Hollywood executive. “I literally need to step on the lot,” she said. “It’s such an iconic studio with such a strong management team. I want to hear from the team and jointly develop strategies.”

Ms. Sarnoff, 57, succeeds Kevin Tsujihara, who was ousted in March after The Hollywood Reporter uncovered an apparent effort by Mr. Tsujihara to have a woman with whom he had an extramarital sexual relationship cast in Warner productions. He denied any corporate wrongdoing.

Many senior executives at Warner Bros. had mixed feelings about Mr. Tsujihara’s ouster. Over his six-year tenure, Mr. Tsujihara had fostered a deep loyalty. “The loss of our C.E.O. was a painful experience,” Peter Roth, who oversees Warner Bros. Television, said at a conference on the Warner lot this month. “But it was critical to calm the waters.”

Ms. Sarnoff, the first woman to lead Warner Bros., has most recently been the president of BBC Studios Americas, where she has worked on a streaming service, BritBox, and led efforts to expand BBC franchises like “Doctor Who” and “Top Gear.” Before joining the BBC in 2010, Ms. Sarnoff was president of Dow Jones Ventures, where she expanded a conference business tied to The Wall Street Journal.

Ms. Sarnoff came to Dow Jones from the Women’s National Basketball Association, where she served as chief operating officer. Earlier in her career, Ms. Sarnoff worked in children’s television, helping to build a consumer products business for Nickelodeon. (Fun fact: Her husband’s granduncle was David Sarnoff, the pioneering radio executive who created NBC in the 1920s.)

Founded by four brothers in 1923, Warner Bros. is one of Hollywood’s most storied studios. “Casablanca” and “Gone With the Wind” are among the classics in its library. The company is home to characters like Wonder Woman, Harry Potter, Batman, Bugs Bunny and Scooby-Doo. Warner Bros. makes 70 television shows, which range from the cerebral (“Westworld”) to the frivolous (“The Bachelor”).

Warner Bros., which also includes substantial video game and consumer products units, had operating income of $547 million in the most recent quarter, a 43 percent increase from a year earlier, because of the box office success of “Aquaman” and growth in profit related to television show production.

The studio is the smallest of the businesses that make up WarnerMedia, which also includes HBO and the Turner cable networks, including CNN. But the studio’s ability to produce high-quality content figures prominently in AT&T’s plan to introduce a Netflix-style streaming service early next year.

Like most Hollywood studios, Warner Bros. is trying to adapt to an entertainment business that has been upended by streaming on the television side and the rise of the Walt Disney Company as a colossus on the film front. Network sitcoms like “Friends” and “The Big Bang Theory” have long been profit machines for Warner Bros. Television, but the big broadcasters — NBC, CBS, ABC — have suffered extreme audience erosion and are leaning more heavily on their own studios for content.

At the same time, Warner’s dominance at the box office has dissipated. It was No. 1 at the North American box office from 2008 to 2010, but the leader for the last four years has been Disney, which owns the Marvel, Pixar, Lucasfilm and 20th Century Fox movie factories.