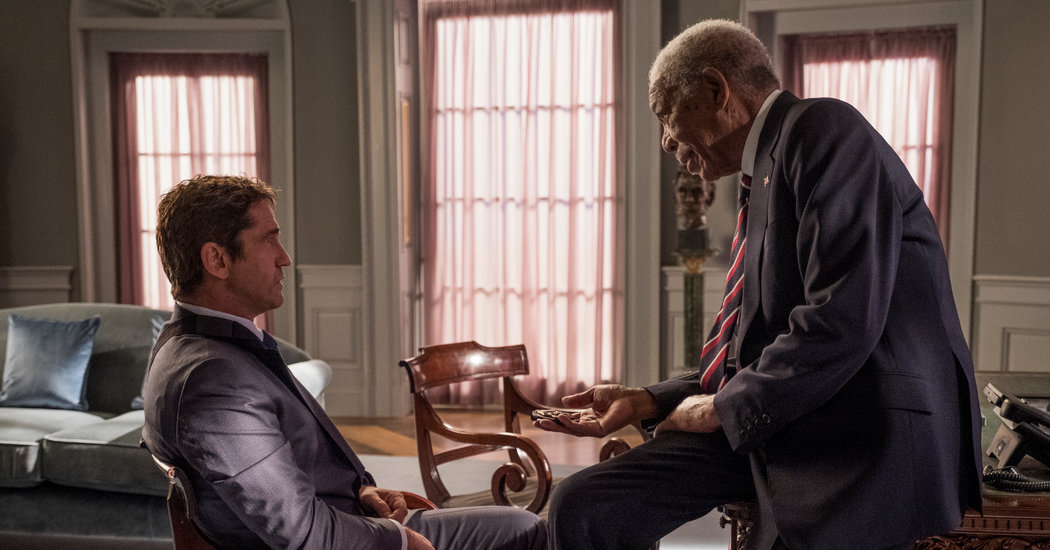 Mike Banning may have dropped out of favor as a Secret Service agent in the third installment of Gerard Butler’s “Fallen” series, but not in the eyes of domestic audiences.

Lionsgate and Millennium’s “Angel Has Fallen,” the action-packed political thriller, hit first place at the box office on its opening weekend, grossing about $21.3 million in the United States and Canada. It brought in nearly the same amount as its prequel, “London Has Fallen,” did when it opened in 2016, making roughly $21.6 million in ticket sales. The first film of the series, “Olympus Has Fallen,” earned $30.3 million over its opening weekend in 2013.

In the film, Butler reprises his role as Banning, a Secret Service agent who, despite successfully protecting the president against terrorist attacks in the earlier installments, is accused of masterminding an assassination attempt on the new commander in chief (Morgan Freeman).

[Read our critic’s review of “Angel Has Fallen.”]

“Angel” didn’t receive the warmest reviews from critics (the movie holds a mere 39 percent fresh rating on Rotten Tomatoes). But its star-studded cast, which also includes Jada Pinkett Smith and a grizzled Nick Nolte, presumably contributed to its success with audiences. According to Comscore, which compiles box-office data, the movie had a stronger opening weekend than was expected.

Universal’s “Good Boys,” which debuted last weekend at the top of the box office, grossed about $11.8 million domestically in its second weekend. The R-rated original comedy follows the misadventures of a gang of foul-mouthed sixth graders, and cost about $20 million to make. According to Comscore, it’s already grossed roughly $49 million in cumulative global sales.

“Overcomer,” Sony’s faith-based film about a cross-country runner from the brothers Alex and Stephen Kendrick, came in third, grossing about $8.2 million in its opening weekend. It sold just slightly more tickets than Disney’s “The Lion King,” which brought in roughly $8.15 million in the United States and Canada. The hyper-realistic version of the Disney classic, which features the voices of Beyoncé, Donald Glover and Seth Rogen, has brought in about $1.5 billion worldwide since it opened in early July.

More Reviews of This Week’s Movies