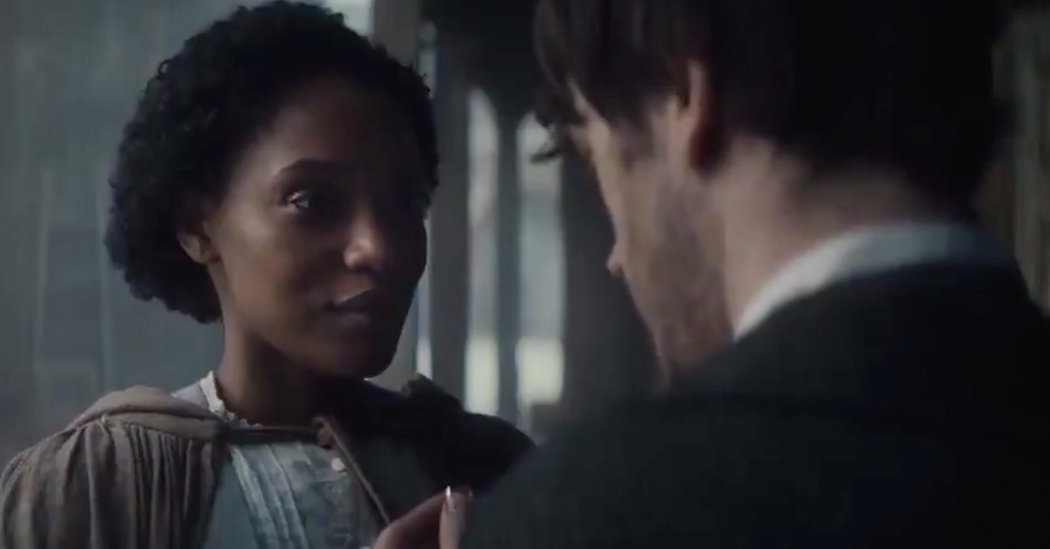 The genealogy company Ancestry.com has apologized and taken down a video advertisement that seemed to romanticize slavery in the antebellum South.

The ad depicts a white man in clothing from the 1800s holding out a ring to a black woman and beckoning her to run away with him. “Abigail, we can escape to the North,” he says. “There is a place we can be together, across the border. Will you leave with me?”

The screen fades to black. “Uncover the lost chapters of your family history with Ancestry,” a voice-over says.

The ad aired on television stations in Utah early this month, but it drew a flurry of criticism on social media on Thursday after it was discovered on YouTube. Many critics said it whitewashed the nature of sexual relations between white men and black women during that time period.

The uproar prompted the company, which is based in Lehi, Utah, and offers DNA testing to help people research their genetic roots, to issue an apology.

“Ancestry is committed to telling important stories from history,” Gina Spatafore, an Ancestry.com spokeswoman, wrote in an email. “This ad was intended to represent one of those stories. We very much appreciate the feedback we have received and apologize for any offense that the ad may have caused. We are in the process of pulling the ad from television and have removed it from YouTube.”

Ms. Spatafore declined to elaborate further. But, according to a report in The Salt Lake Tribune, the online ad was originally targeted at Ancestry.com’s Canadian audience. Many people who escaped slavery fled to Northern states or went farther, crossing the border into Canada. The journey, though, was perilous, with escaped slaves beaten or killed if they were captured. Some made their escape via the Underground Railroad, a network of people who offered shelter as slaves made their way north.

Sexual relations between white men and black women during that era often involved rape, given that Southern slave owners treated the women as property and the women had no power to protest advances. Women who had to acquiesce to their owners’ demands sometimes bore them children of mixed race. Most famously, Sally Hemings, an enslaved woman, had several children with Thomas Jefferson, the former president and a slave owner.

The backlash to the ads on social media was swift.

“These are not love stories,” Kimberly Atkins, a senior news correspondent for the Boston radio station WBUR and an MSNBC contributor, wrote on Twitter.

Melissa Murray, a law professor at New York University, wondered if the ad had tested well with focus groups. She asked on Twitter, “Was there no other scenario that could illuminate the value of DNA testing?”