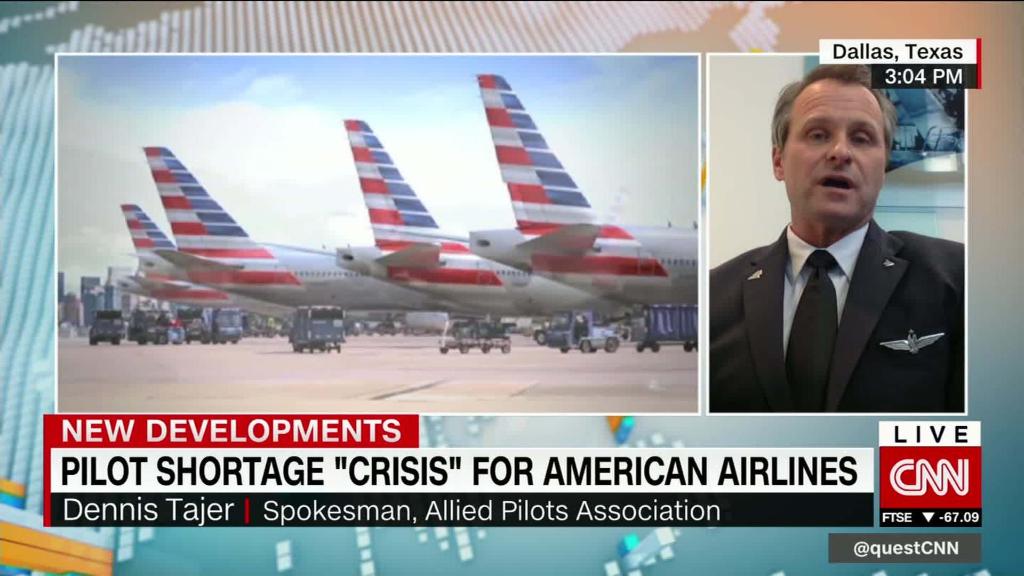 American Airlines is scrambling to make sure you’ll get home for the holidays after a scheduling glitch left thousands of December flights without pilots.

The carrier said Thursday that “only a few hundred” December flights remain without a pilot.

“Out of the 200,000 flights American will operate in December, only a few hundred are currently unassigned,” American said in a statement. “That number of open flights continues to decrease thanks to our pilots who are stepping up to the plate and picking up trips to ensure customers are taken care of.”

So far, the carrier hasn’t canceled any flights.

American Airlines (AAL) is offering pilots who pick up certain open trips 150% of their hourly pay to help address the issue.

The Allied Pilots Association has been advising pilots not to take the open flights, saying the airline’s solution was in violation of the union contract. The union did not immediately respond to a request for comment Thursday.

The union announced Wednesday that the glitch had left thousands of December flights unassigned. The scheduling problems mostly affect the busy holiday period in the second half of December, and occurred after a computer system accidentally let too many pilots take time off, according to American.

American says it also has a system of reserve pilots who can help out as needed.

“We have more reserve pilots on hand in December than normal months and they provide us with the ability to fly many of the trips that are currently uncovered,” American said Thursday.

Reserve pilots have on-call schedules, and are still fully qualified to man a plane and fly regularly.