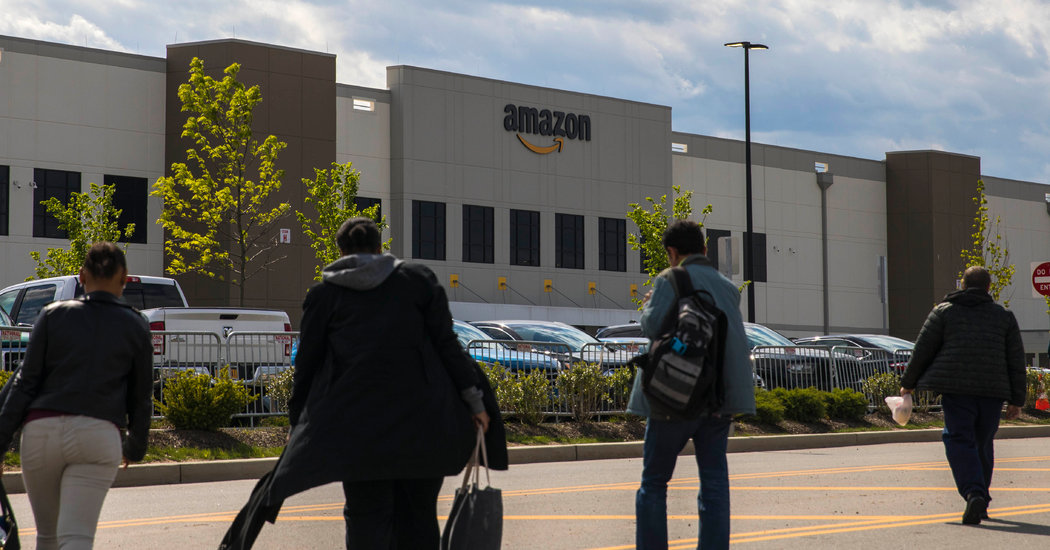 Amazon said on Friday that it would lease office space in Midtown Manhattan for more than 1,500 employees, increasing its presence in New York City less than a year after abandoning plans for a second headquarters in Queens in the face of stiff local opposition.

The retail giant said it had a signed a lease for 350,000 square feet in a 10th Avenue building near the Hudson Yards development. The offices will be occupied by workers in Amazon’s consumer and advertising units, the company said.

The Manhattan lease does not qualify for the kind of tax credits and other government sweeteners the company had won in exchange for building a huge campus in Long Island City that was to employ more than 25,000 people.

The incentives for the Queens project totaled $3 billion, touching off a contentious debate about the value of using such outsize public subsidies in wooing wealthy companies — and about whether such bait was necessary in a talent-rich city like New York.

Word that the company was adding office space in Manhattan to its existing operations elsewhere in Midtown, which was first reported by The Wall Street Journal, led leading critics of the Long Island City venture to take what amounted to a second victory lap.

“Won’t you look at that,” Representative Alexandria Ocasio-Cortez, who represents the area where the campus was to be built, wrote on Twitter. “Amazon is coming to NYC anyway – *without* requiring the public to finance shady deals, helipad handouts for Jeff Bezos, & corporate giveaways.”

State Senator Michael Gianaris, a Queens Democrat who initially supported the project but changed his mind after learning the details of the incentive package, said in a statement, “Amazon is coming to New York, just as they always planned.”

“Fortunately,” he added, “we dodged a $3 billion bullet by not agreeing to their subsidy shakedown earlier this year.”

Others were quick to argue that the Manhattan office space and the 1,500 employees it will house pale next to the vast campus proposed for Queens and the 25,000 people that Amazon pledged to employ there.

“This is a tiny fraction of the jobs, with no help for public housing residents or locals, in a place that was going to be developed and have jobs anyway,” Eric Phillips, a former press secretary for Mayor Bill de Blasio, wrote on Twitter.

In an interview, Mr. Gianaris discounted that argument. He predicted that Amazon would continue to expand in New York steadily to the point that the size of its local force would ultimately equal what had been promised in Queens.

“This is where the talent is,” Mr. Gianaris said, noting that both Google and Facebook had announced substantial expansions in Manhattan in the past year. “They can’t sacrifice the talent to the competition.”

Amazon’s growth in New York has been healthy in recent years.

In 2017 — as it searched for where to put a second headquarters to augment its Seattle base — Amazon said separately that it planned to bring more that 2,000 jobs to New York City over three years and to create about 6,000 jobs in New York State by 2019.

When it dropped the Queens project in February, the company said it had more than 5,000 employees in Brooklyn, Manhattan and Staten Island, where it operates a warehouse, and that it planned “to continue growing these teams.”

On Friday, it put the size of its New York City work force at over 8,000, with 3,500 of those employed at what it calls its New York City tech hub. It was unclear whether the 1,500 people expected to work in the 10th Avenue building starting in late 2021 would fill newly created positions.

“We plan to continue to hire and grow organically across our 18 tech hubs, including New York City,” an Amazon spokeswoman said.

The company’s decision to leave Queens behind came several months after it ended its much-publicized second-headquarters search by splitting what had been envisioned as a single huge, 50,000-employee campus between Long Island City and Arlington, Va.

The proposal had supporters, including Mr. de Blasio and Gov. Andrew M. Cuomo, but the opposition rallied by Ms. Ocasio-Cortez, Mr. Gianaris, progressive activists, union leaders and others made Amazon, which has encountered resistance in its hometown, wary of pressing the issue.