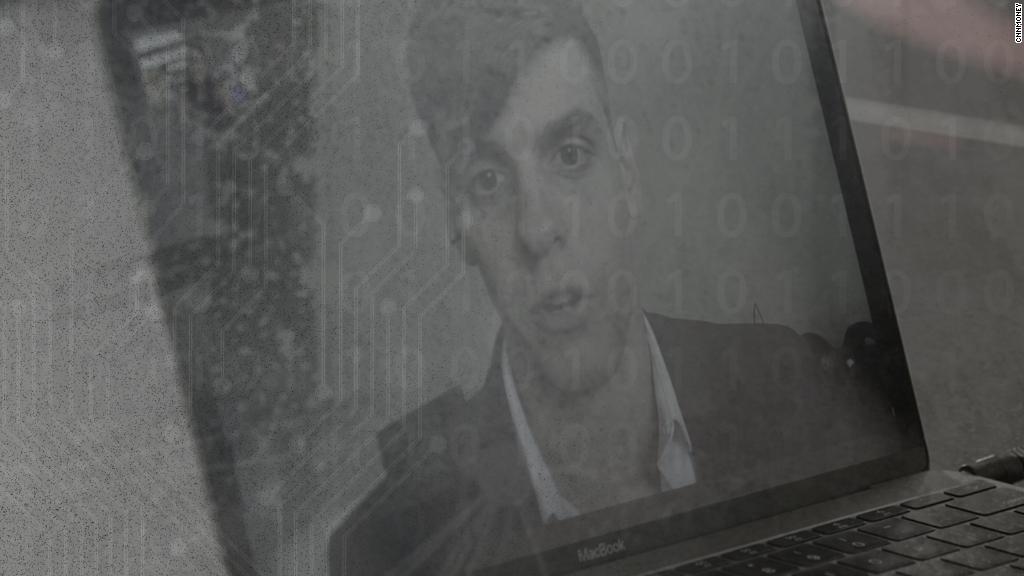 As the power of information becomes concentrated in the hands of a few major tech companies, new platforms are popping up to challenge their dominance.

These aren’t just alternatives to Google, Facebook and Twitter. They’re also communities that cater to people with fringe views who have been kicked off mainstream sites.

One of the more recent startups is Hatreon, a crowdfunding site for people creating controversial content.

“Even if we find ideas objectionable, they have to be there for us,” said Cody Wilson, the 29-year-old founder of Hatreon. “We have to support them, and not because they’re easy, only because they’re controversial.”

Who’s being funded on Hatreon? Right now, it’s a who’s-who of the alt-right — people like prominent white supremacist Richard Spencer and Andrew Anglin, founder of neo-Nazi website The Daily Stormer. Hatreon “patrons” support these men, and many other provocative figures, on a monthly basis. Anglin collects the most money, getting $7,800 a month from more than 200 patrons.

The people on Hatreon have been widely condemned as racists, misogynists, anti-Semites and white supremacists who may inspire violence with their rhetoric. But Wilson tries to reframe their vitriol.

“These people are, at worst, trolls, performance artists, provocateurs, vulgarians,” he said. “At best, they represent elements of a political speech that should not be censored.”

While he doesn’t align himself with all their worldviews, Wilson is enabling the “political speech” of these characters. He’s taking a cut too: He gets 5% of every dollar raised on Hatreon.

The site is a direct response to the escalating debate over content policies on the internet. Tech companies are increasingly forced to find a balance between removing propaganda and harassment while still embracing free speech. A growing number of people like Wilson are accusing the companies of politically motivated enforcement.

Hatreon sprung up this summer after two high-profile users were kicked off Patreon, a more mainstream crowdfunding site for artists and creators.

Hatreon isn’t the first controversial project from the Arkansas native, now living in Austin. Several years ago, Wilson posted directions online for how to 3D print a gun, leading Wired to call him one of the most dangerous people on the internet. (The State Department forced him to take the blueprints down, but he’s fighting to put them back up.)

“I think I’m known, at least in the underbelly of the internet, as one of the more radical free-speech activists,” he said.

PewTube is another “alt-tech” platform launched earlier this year. It was started as an alternative to YouTube after the Google-owned site started being more aggressive about removing content.

“I think we’re reaching a point where these sites are becoming monolithic,” said PewTube founder Anthony Mayfield. “When there is a need for [new] technology because of a clampdown, a lot of really smart minds say, ‘OK. Here is a problem,’ and they think about how to address it. It’s going to spur a huge backlash and digital innovation.”

PewTube is still small — it just passed 400,000 total video streams. And the content is mostly amateur postings, much of it extremely disturbing — including videos that glorify mass murderer Dylann Roof, those that equate black protesters with primates from “Planet of the Apes,” and one that puts Holocaust atrocities to the tune of Simon and Garfunkel’s “Sound of Silence.”

But Mayfield is less concerned about what’s being said, and more concerned that these content creators not be censored.

“It’s a scary moment right now for the internet and free speech,” he said. “We run a really dangerous risk saying people who we find distasteful aren’t able to use these services.”

Mayfield said he was inspired to start the site when a professor and free speech advocate he admired, Jordan Peterson, was temporarily locked out of his YouTube and Gmail accounts earlier this year. While Peterson told the Toronto Sun he expected “political reasons,” the details as to why he was locked out aren’t clear. He did not respond to CNN Tech’s request for clarity. Google said it would not comment on individual user’s accounts but said, “YouTube never took down or suspended his account, and his videos have remained accessible.”

Gab, an alternative to Twitter, launched just before the 2016 election and is probably the most notable of the “alt-tech” sites right now, claiming more than 200,000 users.

Gab says “all are welcome” — a nod to the First Amendment. But, really, it gained popularity by attracting “contrarians” who got sick of Twitter’s terms of service. In August, the company tweeted that it crowdfunded more than $1 million to keep the site going.

This is all happening as tech companies not only find themselves part of the broader culture wars, but as they come under greater scrutiny for their sheer size and power. And it’s not only people with extreme political views who are sounding the alarm.

“What we’re seeing with these platforms is a monopolization of control over commerce on the Internet,” said Barry Lynn, executive director of the Open Markets Institute, a left-leaning nonprofit that had its own run-in with Google.

“When you have this much power in these few hands…not only might they take this information and manipulate the flow for their own political good, they’re also just sloppy about it.”

The debate inevitably comes down to what the government’s role should be in regulating these behemoths. Lynn, for his part, believes anti-monopoly laws have to be part of the solution.

Alphabet Chairman Eric Schmidt, unsurprisingly, advocated that tech companies have an important role in “ranking” content on the internet. “Would you rather have us make this decision, or the government make this decision?” he asked in an interview earlier this month.

Hatreon’s Wilson doesn’t want either group to have that power. That’s why he created his peer-to-peer funding platform.

“Google is an advertising company. It has no role in policing American discourse. It sells f***ing ads on the internet, right? Facebook is a social media company that just steals your data from you because you voluntarily gave it up. They have no role of authority in American living.”

Currently, Facebook, Youtube and Twitter monitor hate speech on the basis of race, religion or sexual orientation and have content policies that prohibit violent threats. But the perception of uneven or arbitrary enforcement has plagued the platforms.

In some ways, the big tech companies have acknowledged the shortcomings of their policies, or at least their inconsistent enforcement. Facebook CEO Mark Zuckerberg and Twitter CEO Jack Dorsey have addressed the issue in the last year under public pressure.

But even consistently defining hate speech has proved difficult for these platforms.

“It doesn’t mean anything, it distracts you. It uses a moral justification to silence and to censor,” Wilson said. “Any book is, in the right hands, like a grenade. This can’t be controlled and we shouldn’t try to control it.”

Of course, even these more radical sites have their own content restrictions.

PewTube says it doesn’t allow copyrighted material or pornography. “We don’t want to have to deal with obscenity and stuff like that,” said Mayfield.

Wilson said he legally can’t let people crowdfund who have been convicted of money laundering, fraud or those who are on the State Department’s terror list. While Hatreon’s community guidelines say the “site stands for free speech absolutism,” Wilson reserves the right to kick people off if there are violent threats or illegal activity.

“A lot of these questions are already handled legally,” said Wilson. “If I’m abusing you, if I’m harassing you, then there are laws [to prevent] abuse, harassment, intimidation. … These are not free speech acts.”

As for his motivations, Wilson has a few.

“I’m making this stand because I have to carry on the tradition of the English civil liberties and free speech if no one else will,” he said.

“The closest my politics comes to any traditional school is anarchism,” he said. “I don’t like the imposition of state controls over human creativity, freedom, individuality. The way to oppose these things is to undermine the powers of traditional liberal institutions.”