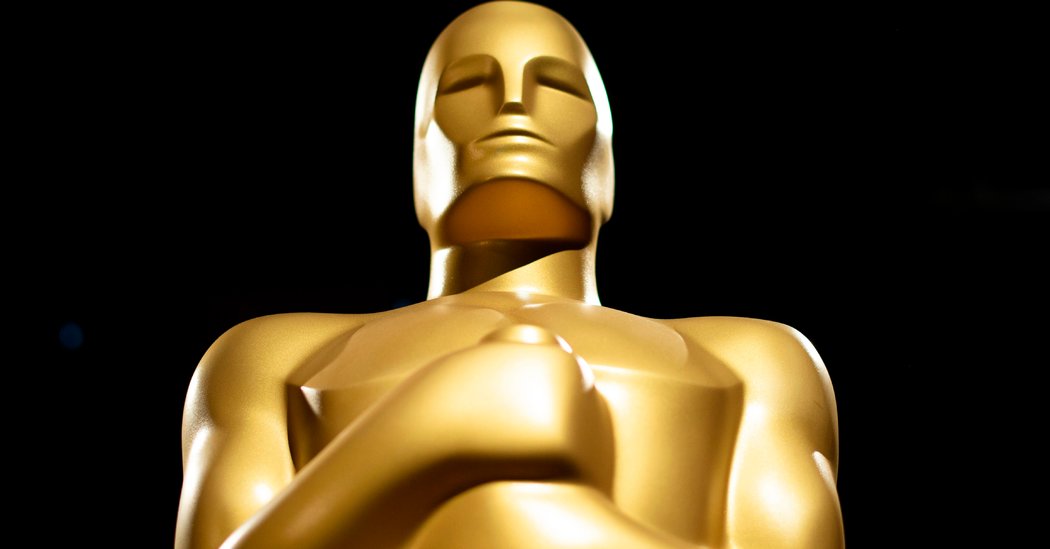 LOS ANGELES — So much for a three-hour Oscar telecast.

The Academy of Motion Picture Arts and Sciences said Friday that it would abandon its contentious plan to award four of its 24 trophies during commercial breaks, with the winning moments edited and aired later in the broadcast. The organization, which has become an internet punch line for its whipsawing decisions and frequent brouhahas, said in a statement that it had “heard feedback from its membership.”

“All Academy Awards will be presented without edits, in our traditional format,” the statement said.

The four categories were cinematography, editing, live-action short film and makeup and hairstyling. Next year, they were to return to the live show, with other categories rotated into the breaks.

Nothing was to be cut from the winning moments except the time spent walking to and from the stage — assuming the acceptance speeches did not go over the standard 90 seconds, the academy promised.

The academy’s 54-member board of governors, which includes luminaries like Steven Spielberg, Laura Dern and Rory Kennedy, had approved the plan as part of an effort to keep the show to three hours instead of four.

“We sincerely believe you will be pleased,” the academy’s seven elected officers said in a letter to members on Wednesday.

But by then, the academy was facing a mutiny. The American Society of Cinematographers rebuked the organization in an open letter signed by dozens of industry figures, including the directors Martin Scorsese and Quentin Tarantino. As movie fans blasted the academy on Twitter, stars joined in.

For an organization filled with public relations experts — its marketing and P.R. branch has more than 400 members — the academy has found itself in nonstop tempests in recent years.

Its responses to the #OscarsSoWhite uproars of 2015 and 2016 drew criticism. On a smaller scale, it has been roughed up over its coming museum, the adoption of a code of conduct, leaks about an internal sexual harassment investigation, the creation and dissolution of a popular-film award, a stumble over whether to invite back Oscar winners from last year as presenters, a brouhaha over who will sing what nominated songs during the ceremony and the implosion of Kevin Hart as host of this year’s show.

The 91st Academy Awards will be broadcast on Feb. 24. There will be no host.

Whether its remedies are correct or not, the academy’s leaders know they have to take some kind of drastic action: A record low of 26.5 million people watched last year’s telecast, a drop of nearly 20 percent from a year earlier. As recently as four years ago, the Academy Awards had an audience of 43.7 million viewers. Traditions are wonderful, the organization’s leaders have said, but the television ratings may fall so low that the organization cannot meet its financial obligations.

The Oscars telecast is a big business, generating 83 percent of the academy’s $148 million in annual revenue. ABC controls broadcast rights until 2028 at a cost of roughly $75 million a year. The network sought as much as $2.8 million per 30-second commercial for last year’s telecast.

A nose-dive in the ratings threatens all of that income, not to mention an erosion of the position of the Oscars in comparison with the more freewheeling Golden Globe Awards. After a few more years of declines, the Grammys and the Golden Globes will be higher-rated shows.