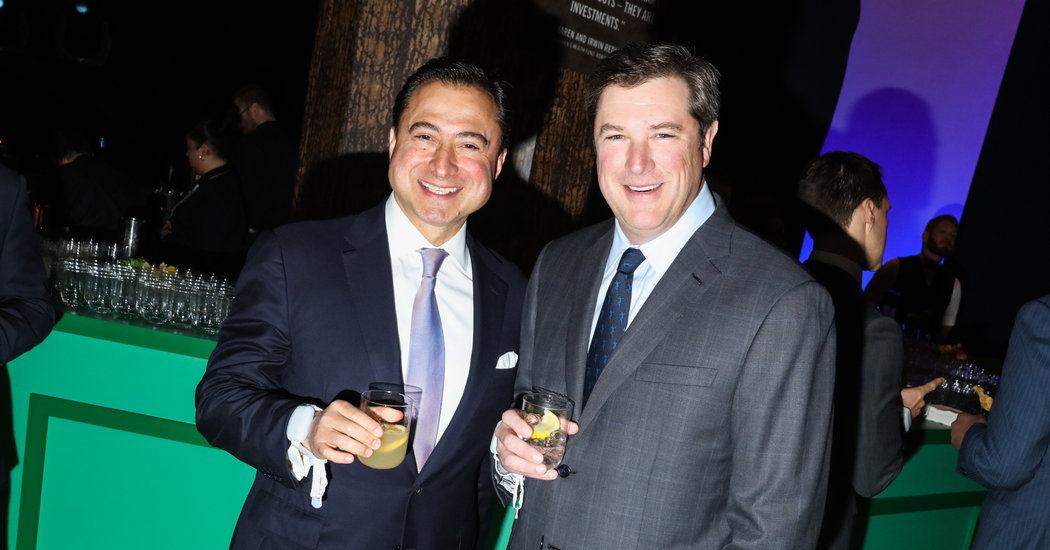 Alex Navab, a prominent financier who was once considered a potential successor to the Wall Street titans Henry R. Kravis and George R. Roberts, died on July 7 while vacationing with his family in Greece. He was 53.

Mr. Navab died unexpectedly, according to a statement by his investment firm, Navab Capital Partners. It did not give the cause of death.

Over 24 years, Mr. Navab became a top executive in the private equity industry, where investment firms buy businesses with the aim of cutting costs or growing sales and then reselling them for profit. Worldwide, the industry now oversees some $2 trillion in capital.

Alexander Navab was born on Nov. 24, 1965, in Isfahan, in west-central Iran, to Dr. Ali and Katina (Armenakis) Navab. His father was a physician and his mother a native of Greece. The family fled to Greece after the Iranian revolution in 1979 and then moved to the United States.

Mr. Navab graduated from Columbia University in 1987 and worked at Goldman Sachs before attending Harvard Business School, from which he graduated in 1991. He worked at the investment bank James D. Wolfensohn Inc. before joining KKR in 1993.

By that point, KKR — then formally known as Kohlberg Kravis Roberts — was one of the best-known private equity firms around, having won the battle for R.J.R. Nabisco in 1988, a financial battle immortalized in the book “Barbarians at the Gate.” Today the firm handles roughly $200 billion in assets.

Mr. Navab oversaw numerous leveraged buyouts at KKR, particularly in the media industries, including the takeovers of the Nielsen Company, Yellow Pages and Borden. By 2008 he had become co-leader of the firm’s mainstay North American private equity business. He took sole leadership of the division six years later.

As head of North American buyouts, he helped the firm raise nearly $14 billion for its 12th North American private equity fund, one of the biggest of its kind. He also sat on the firm’s management committee. Executives across the industry believed he was in the running eventually to succeed Mr. Kravis and Mr. Roberts.

But Mr. Navab left KKR in 2017, shortly after it named two other executives co-presidents — most likely the successors to Mr. Kravis and Mr. Roberts.

He announced the creation of Navab Capital Partners in April and had begun recruiting executives from rivals like the Carlyle Group, Warburg Pincus and KKR itself.

Unlike other new firms, Mr. Navab’s immediately set its sights high: He was said to have established a fund-raising target of $3 billion for his first fund; it would have enabled Navab Capital Partners to strike large leveraged buyouts.

His death came as a jolt in the industry. “We are heartbroken,” Mr. Kravis and Mr. Roberts said in a statement.

Mr. Navab was active in philanthropy. He was a trustee at Columbia — to which he gave $6 million to fund internships for students — and a board member of NewYork-Presbyterian Hospital and the Robin Hood Foundation, which works to combat poverty in New York City.

Mr. Navab, who lived on Manhattan’s East Side, is survived by wife, Mary Kathryn Navab, as well as his parents and three young children.