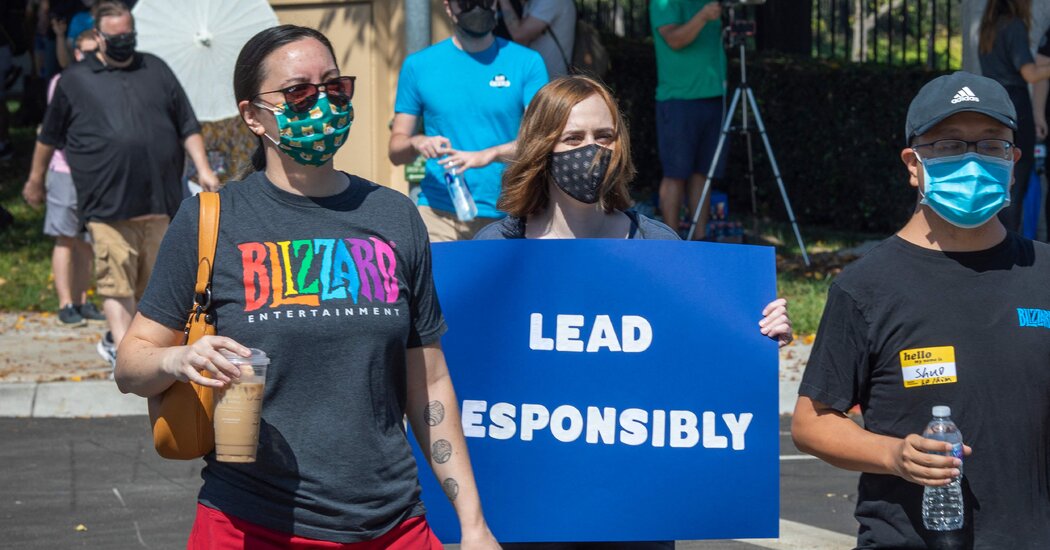 Activision Blizzard, the embattled video game company behind Call of Duty and other titles, announced a slate of new initiatives Thursday morning aimed at improving diversity and the company’s work environment.

The company has faced intense pressure since July, when a lawsuit from a California fair employment agency accused the video game publisher of fostering a frat-like culture in which sexual harassment and gender discrimination were rampant. The lawsuit, the company’s fumbled response to the claims against it and the subsequent investigations by federal agencies prompted outrage among Activision’s game developers and the broader gaming industry, which has long grappled with sexism and toxic behavior.

Activision is putting $250 million toward hiring more women, people who identify as nonbinary and those from “underrepresented communities,” the company’s chief executive, Bobby Kotick, said in an email to employees. About 23 percent of Activision workers are women or nonbinary, Mr. Kotick said, and the goal was to increase that number by about 50 percent over five years.

The company said it was also waiving mandatory arbitration — a way of settling disputes outside of the court system — of sexual harassment and discrimination claims, a much-requested change by Activision employees and protesters in recent months.

Activision said it would adopt a zero-tolerance harassment policy in which those who were found to have harassed employees or retaliated against those who reported discrimination would be fired, rather than possibly receiving a written warning or other disciplinary action first. Mr. Kotick said that the company would also issue an annual report about pay equity.

He also said that to “ensure that every available resource is being used in the service of becoming the industry leader in workplace excellence,” he was asking Activision’s board to reduce his total compensation to $62,500 until the board had decided the company had reached its diversity goals. Mr. Kotick is one of the country’s highest paid executives, and had a $155 million pay package approved in June.

“I truly wish not a single employee had had an experience at work that resulted in hurt, humiliation, or worse — and to those who were affected, I sincerely apologize,” Mr. Kotick wrote to employees.

In contrast to past changes announced by the company, such as a proposed $18 million settlement with a federal employment agency that stirred derision, the announcements on Thursday were met with cautious optimism from Activision employees and activists who had been pushing the company to make changes in recent months.

“This is what happens when we work together to create a better future for game devs in our company,” tweeted ABetterABK, the group of workers at Activision and its subsidiaries, Blizzard and King, who have been fighting for improvements. “Together we will continue to push for other changes that need to be made so that we can make a better ABK.”