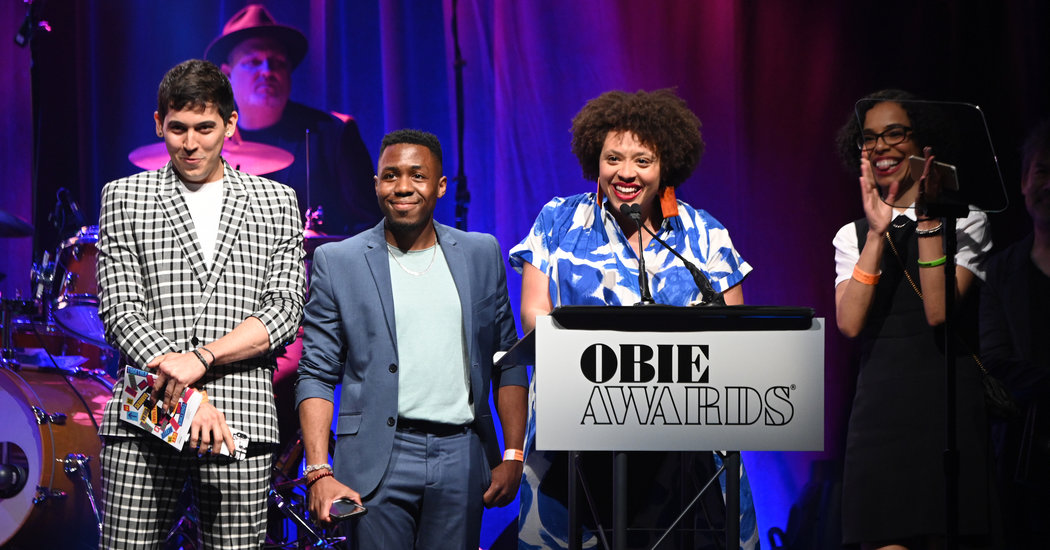 The Obie Awards, the freewheeling ceremony honoring theater performed Off and Off Off Broadway, has come up with its pandemic plan.

The ceremony — filmed and edited in advance — will be hosted by the alt-cabaret comedian Cole Escola and streamed on YouTube at 8 p.m. Eastern on June 4.

That means the winners will be notified in advance so that their acceptance speeches can be recorded. They will be asked not to share the news with others.

The Obies, founded by The Village Voice and now overseen and produced by the American Theater Wing, are among the most highly regarded of a variety of New York theater awards, most of which have been doled out online this season.

The Tony Awards, which honor work done only on Broadway, have not yet decided what to do in the wake of canceling its June 7 broadcast; the two active options are to hold a ceremony this fall or winter honoring the best shows that opened between May of 2019 and January of 2020 (there is an emerging consensus that not enough Tony voters managed to see “West Side Story” or “Girl From the North Country,” both of which opened shortly before the shutdown, for those musicals to compete in this scenario), or just wait until next year and let all the shows that opened since the spring of 2019 compete.

The Obies have an unusual structure, if you can call it that — there are no set categories, and each season the judges simply decide what shows, organizations and individuals they wish to honor. This year the judging panel is headed by the set designer Rachel Hauck (“Hadestown”) and the choreographer Sam Pinkleton (“Natasha, Pierre & the Great Comet of 1812”); the judges considered about 160 shows that opened between May 1, 2019, and March 12, 2020.

“A lot of the things that were canceled or postponed will not come back, and it’s important to honor that work,” said Heather Hitchens, the president of the American Theater Wing. “We also want to send a message that live theater will come back — a message of hope to people who are stuck at home and trying to figure out what their lives are.”

The Obies ceremony, which is expected to last about two hours, will feature at least five musical performances — opening and closing numbers led by Escola, whose television credits include “Difficult People”; a tribute to “Merrily We Roll Along” featuring alumni of the show; an in memoriam segment accompanied by the singer-songwriter Shaina Taub; and a musical excerpt from one of the winning shows.

The Obies have already announced three honorees: lifetime achievement awards will be given to Tim Sanford, the outgoing artistic director of Playwrights Horizons, and to the actress Vinie Burrows; and a citation will be given to Michael Feingold, the longtime Village Voice theater critic who has supported the Obies for 43 years.

The Obies were originally scheduled to take place in-person on May 18. The online event will be preceded by a ticketed virtual fund-raiser featuring Patti LuPone.