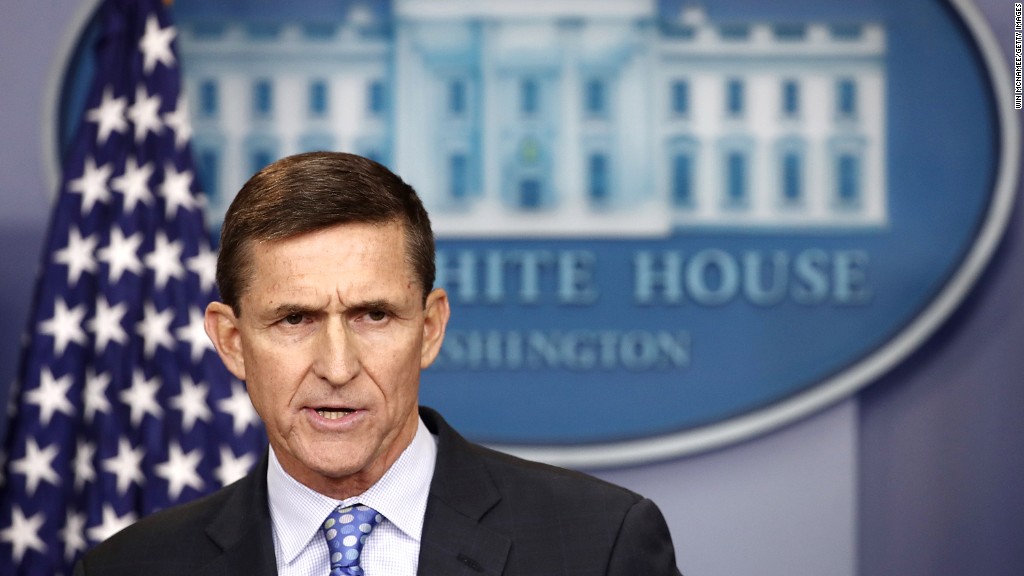 ABC News on Friday evening corrected an explosive special report that aired in the morning saying that Donald Trump, as a candidate for president, had asked Michael Flynn to make contact with Russians.

During “World News Tonight,” ABC News investigative reporter Brian Ross said the source who had provided the initial information for his story later told him that it was as president-elect, not as a candidate, that Trump asked Flynn to contact the Russians.

The initial report, based on one anonymous source, prompted a dramatic reaction in the financial markets, and the Dow fell more than 350 points.

CNN had reached out to ABC News in the early afternoon to ask why Ross’ initial reporting was not included in the network’s online story about Flynn pleading guilty to lying to the FBI.

Several hours later, a spokesperson for the network told CNN that Ross would be issuing a “clarification” on “World News Tonight,” which airs at 6:30 p.m. ET.

“[A] clarification tonight on something one of Flynn’s confidants told us and we reported earlier today,” Ross said on the program. “He said the president had asked Flynn to contact Russia during the campaign. He’s now clarifying that saying, according to Flynn, candidate Trump asked him during the campaign to find ways to repair relations with Russia and other world hot spots. And then after the election, the president-elect asked him to contact Russia on issues including working together to fight ISIS.”

A tweet published by ABC News containing Ross’ initial report had been retweeted more than 25,000 times and embedded in various news stories online before it was deleted. ABC posted a “clarification” on Twitter around 8 p.m.

CLARIFICATION of ABC News Special Report: Flynn prepared to testify that President-elect Donald Trump directed him to make contact with the Russians *during the transition* — initially as a way to work together to fight ISIS in Syria, confidant now says. https://t.co/ewrkVZBTbc pic.twitter.com/GQAKwT1Eda

An ABC spokesperson said the network learned its initial reporting was incorrect at about 6 p.m. The network spokesperson declined to say if any disciplinary action would occur.

“If we want to regain trust in the media, we need to admit our mistakes, especially when as consequential as this. Retract. Correct. Don’t use weasel words to describe it,” Jonathan Swan of Axios tweeted.

If we want to regain trust in the media we need to admit our mistakes, especially when as consequential as this. Retract. Correct. Don’t use weasel words to describe it. https://t.co/jFIavaQ4yv

Greta Van Susteren blasted ABC for trying to “sugar coat” its mistake by characterizing it as a “clarification.”

This is not the first high-profile mistake by Ross. In a 2012 piece for which he apologized, he suggested that the Aurora shooter may have had a connection to the Tea Party.