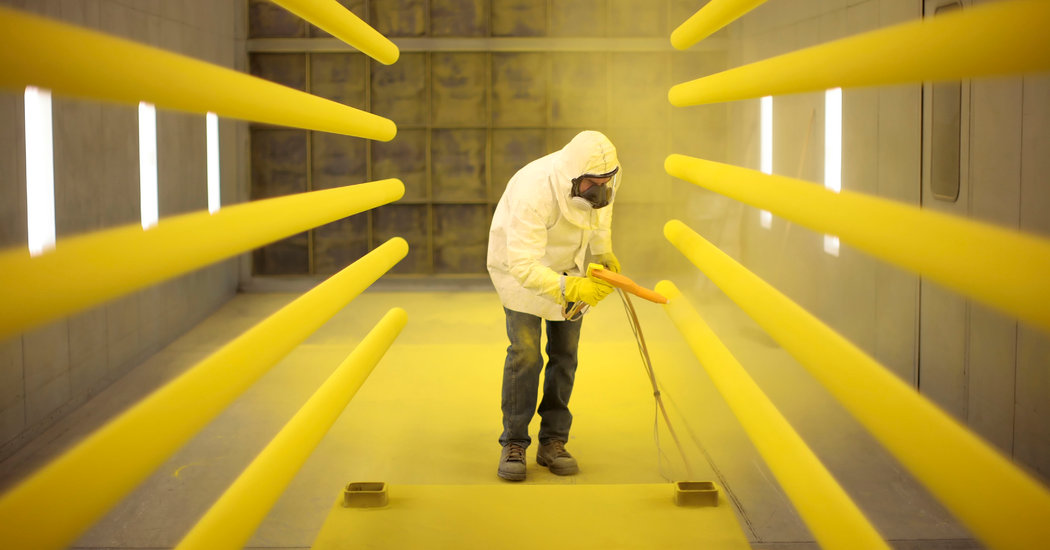 Many events of the last week have had the ominous undertones of a destructive global trade war. There was President Trump’s seemingly spontaneous announcement of steel and aluminum tariffs, as well as retaliatory threats from close allies, and the president’s tweets predicting that a trade war would be easy to win.

It has all felt a little too much as if we’re in the early chapters of a history book about a calamitous event.

But there is nothing inevitable about a trade war. In fact, the rebound in the financial markets in the last week suggests that the chances of a complete breakdown in the global trade system remain remote, if a little less remote than a week ago.

That’s because the Trump administration has mostly paired the president’s bellicose language with signals that it will act within the rules of the global trade game. That is especially true if you follow formal documents issued by the relevant government agencies instead of the president’s tweets.

This approach was evident Wednesday when Sarah Huckabee Sanders, the White House press secretary, said, “There are potential carveouts for Mexico and Canada based on national security and possibly other countries as well,” regarding the steel and aluminum tariffs announced last week.

This implies the administration is seeking to use the tariffs more as a negotiating chit with two of the nation’s biggest trading partners.

It was also evident in the relative quiet from the just-finished round of negotiations over the North American Free Trade Agreement in Mexico City. A rule of thumb is that the less the participants are airing in public, the more productive negotiations are behind the scenes.

That’s not to say that the steel and aluminum tariffs don’t risk economic and diplomatic damage. They are likely to harm industries that use the metals as an input, like makers of automobiles and aircraft. And by invoking national security grounds as cause for the action, the Trump administration may be giving other countries more license to do the same to protect their favored industries.

But for the years ahead, the smart money is on “no trade war, but also no trade peace,” as Terry Haines, managing director and head of political analysis at Evercore ISI, put it. The United States could launch a steady stream of actions against trading partners, especially China, and some of them may even prove costly. But Mr. Haines argues it is unlikely that the administration will escalate things in ways that might launch a 1930s-style cycle of rising tariffs and all-out economic warfare, even as the administration turns its focus to China.

“You’re going to see tit-for-tat actions, but our view of this is that you’re going to get two countries who understand that it is fundamentally more in their interest to cooperate than compete,” Mr. Haines said. “They’re going to figure out ways to cooperate even in the midst of things that sound like they’re escalating.”

Scholars who have studied trade disputes have found that trade skirmishes can end with more mutually satisfactory arrangements. One key is for countries to retaliate carefully against what they consider to be unfair practices, targeting politically sensitive industries in the country with which they are clashing. It is a safe bet that negotiators in the United States, China and elsewhere are well aware of this.

The implication of this view is not that an all-out trade war is impossible, just that some of the loose talk about the idea in the last week — including by the president — is getting far ahead of the facts.

Joe Brusuelas, the chief economist at the accounting firm RSM, sketched out what a true trade war would look like.

“The first indicator that a trade war has begun would be the announced intention to withdraw from, or abrogate, current trade treaty arrangements,” Mr. Brusuelas wrote recently.

He contrasts that with “trade spats,” which take place continually, and tariff actions that are rarer but have been used many times without setting off a major economic dislocation. A recent example was the Obama administration’s 2009 tariff on Chinese tires, which did coincide with a rebound in domestic tire production (though it was costly relative to the number of jobs created).

If the United States ignored rulings of the World Trade Organization, or pulled out of Nafta, it could trigger a series of steps including not just tariffs but other restrictions on international commerce, and perhaps limits on the flow of capital across borders and even the expropriation of foreign-owned assets. He does not see that dark scenario as imminent.

“While the U.S. rests on the edge of a trade friction spilling over into a period of trading tariffs, it is not yet on the brink of a trade war,” he said.

What should people who are worried of dangerous escalation watch for?

An early one will be whom Mr. Trump appoints to succeed Gary Cohn as director of the National Economic Council. Mr. Cohn, a Wall Street veteran who announced his resignation after the tariff plan was announced, was a voice for restraint in trade policy. It’s an open question whether his successor will be as well.

Beyond that, an important question is whether the Trump administration continues along with negotiations and measured, narrowly focused tariffs aimed at specific policy goals — or tries to withdraw from or ignore Nafta or the trade agreement with South Korea.

The biggest question of all will be whether the administration will reject the authority of the W.T.O. in the event of an unfavorable ruling, which would undermine a mainstay of global trade governance.

Those risks are out there, and it’s clear that the president’s personal instincts are to run toward risk rather than away from it. But that doesn’t mean a trade war is upon us.

Neil Irwin is a senior economics correspondent for The Upshot. He previously wrote for The Washington Post and is the author of “The Alchemists: Three Central Bankers and a World on Fire.” @Neil_IrwinFacebook

A version of this article appears in print on , on Page B2 of the New York edition with the headline: A Trade Skirmish May Not Mean a Trade War Is Near. Order Reprints | Today’s Paper | Subscribe