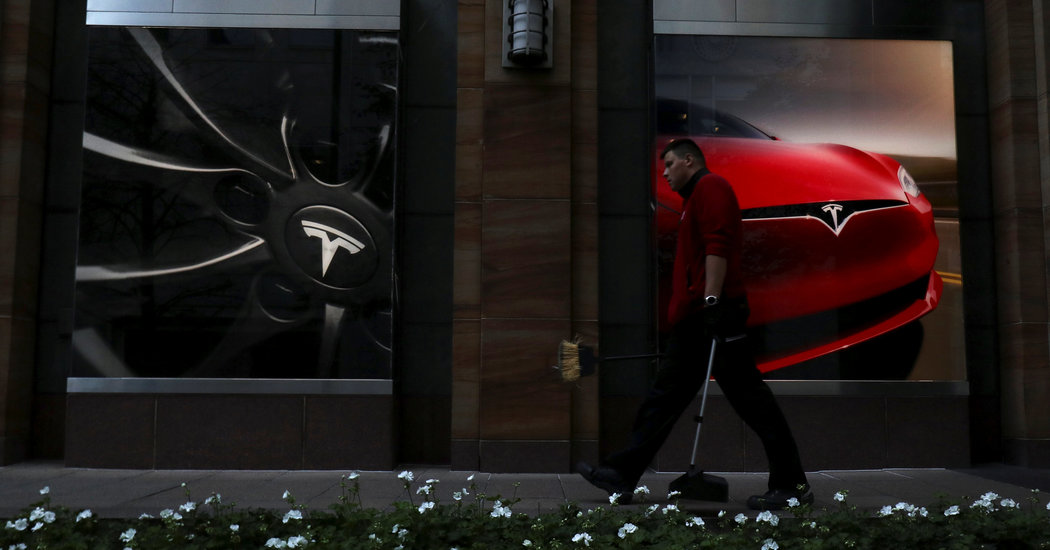 The private equity firm Silver Lake is again working with a tech founder who has ambitions to remove his company from Wall Street’s harsh light.

Five years ago Silver Lake teamed up with Michael Dell to help take Dell Inc. private — a deal worth $24.4 billion.

Now, Silver Lake is working with Elon Musk, Tesla’s founder and chief executive, as he scrambles to take the electric carmaker private, The New York Times reported, citing people with direct knowledge of the matter. The firm is not being paid for its role; instead, it hopes to participate in whatever deal comes together, something that seems far from certain at this point.

Mr. Musk may hope that Silver Lake’s past experience will help him achieve his goal. But while Tesla’s potential take-private shares some parallels with Dell’s, there are also important differences.

Criticism from public shareholders. Dell faced countless questions ahead of its buyout. Its fortunes had darkened: Once the largest PC maker in the world, it had fallen behind Hewlett-Packard and Lenovo by 2013. Earnings were falling, margins were shrinking and its turnaround efforts had yet to gain traction. Telsa, too, has faced questions about its performance, though the primary question isn’t about a turnaround, but rather whether the company can ever fulfill the lofty expectations of Mr. Musk and its shareholders.

A founder with a substantial stake. At the time of Dell’s leveraged buyout, Mr. Dell owned about 16 percent of the company. Mr. Musk owns about 20 percent of Tesla.

Financial performance. Dell’s profits might have stagnated, but it still generated plenty of cash with which to support a debt-heavy buyout ($15 billion, for the record). Tesla has yet to turn an annual profit, meaning the company can’t rely on debt to fund the transaction, a point that even Mr. Musk concedes. So if Mr. Musk is to succeed in taking Tesla private, which will likely require tens of billions of dollars, he will need plenty of equity partners. Silver Lake realistically could commit a few billion but is unlikely to be able to contribute much more. (Its biggest proposed equity check for a single deal to date was $2.5 billion, to back Broadcom’s since-failed bid for Qualcomm.)

A founder with impulse control. Mr. Dell informed the board of his interest in taking Dell private six months before news of the deal broke. Over that period, Mr. Dell had lined up partners and financing, both he and the board had hired advisers, and other potential bidders had been approached. By contrast, Mr. Musk’s tweet last week caught Tesla’s board by surprise. He had not lined up partners or financing. Neither he nor the board had hired advisers. And no other potential suitors had been approached.