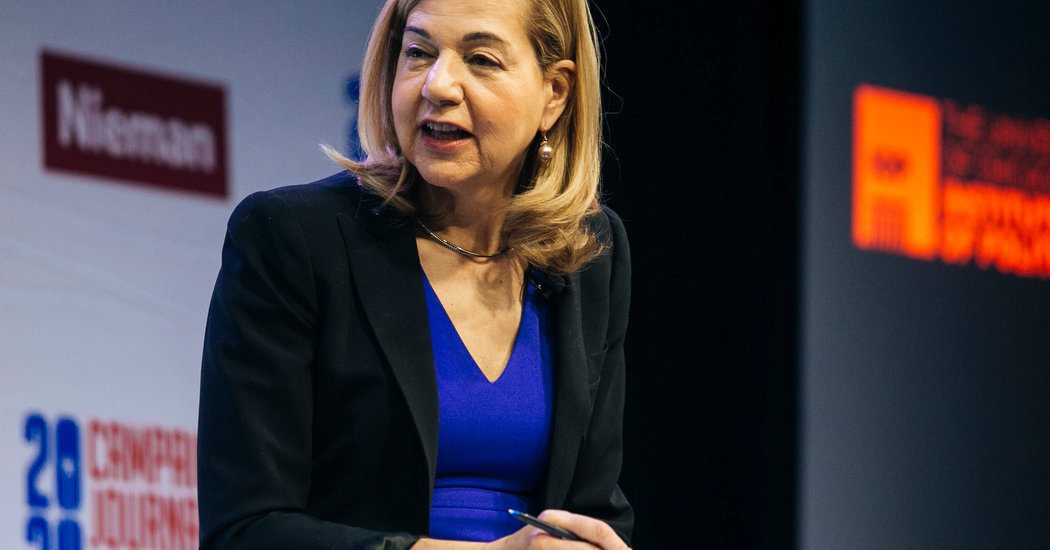 Before she became a media columnist, Margaret Sullivan saw the crisis in the American newspaper industry from within.

She spent roughly three decades at The Buffalo News and was the first woman to serve as its top editor, a job she held from 1999 to 2012. “For years, it seemed like it had a license to print money,” Ms. Sullivan writes in her first book, “Ghosting the News: Local Journalism and the Crisis of American Democracy,” which was published Tuesday.

But like many papers, the Buffalo daily has become a reduced version of what it once was. Berkshire Hathaway sold it to the Lee Enterprises chain this year after Berkshire’s multibillionaire chief executive, Warren E. Buffett, said most newspapers were “toast.”

Ms. Sullivan went on to be the public editor of The New York Times, a post that put her close to the journalists and newsroom leaders whose work she scrutinized as a representative of the paper’s readers. The Times eliminated the position, in a much-debated move, about a year into the tenure of her successor, Liz Spayd.

Since leaving the paper in 2016, Ms. Sullivan has kept watch over the news industry as The Washington Post’s media columnist. She spoke from her cottage in Evans, N.Y., near Lake Erie and not far from her hometown, Lackawanna. This interview has been edited and condensed.

When were you first bitten by the journalism bug?

When I was in early high school, the Watergate hearings were taking place, and my family was gathered around the TV in the living room and we were mesmerized.

How did your time in Buffalo inform your outlook on the local news crisis?

The newsroom that I came to was thriving, vibrant. It had newspaper competition down the street. And, fairly quickly, the competition went out of business. We had a number of very profitable years, and then structural changes came about, starting in 2008 or 2009, and I was the editor at that time. We were doing round after round of buyouts throughout the company, including the newsroom. We could no longer cover things the way we used to. I could see firsthand that these changes were hurting the community.

There’s a lot in your book about the importance of community. Why is that function of newspapers important to you?

I was the features editor for several years. We had a pop music critic, a classical music critic, a drama critic, an art critic, plus reporters who wrote about other elements of the community that had nothing to do with watchdog journalism. There was a section that, with the help of staff, I founded, Life & Arts. That section, which was in the paper Monday through Friday, no longer exists. When I stay at my cottage near Lake Erie in the summer, and I get the print edition, I always feel like something’s missing.

Was what happened to local journalism inevitable? Or was there a moment where things could have gone differently?

Traditional media companies could have responded to the changes much more nimbly. There was a whole thing about “Should we or shouldn’t we charge for the content of the paper?” For a long time, local newspapers decided not to. It never made any sense, because it costs lots of money to produce this journalism. We were very slow to take advantage of the particular strengths of the internet in a way that might have made a real difference. The kind of work we do now — some newspapers, including The Times and The Post, present things in a way that’s much better than the way they’re presented in print. But for the longest time, newspapers, especially local newspapers, were just shoveling their content onto the web and expecting people to like it. It was smug. It was slow. And it hurt us.

Does some blame lie with the Wall Street-backed companies that have become newspaper owners?

Hedge-fund ownership is one of, if not the, worst developments that have occurred for newspapers. These companies don’t care about journalism. They care about strip-mining what’s left for whatever profits can be squeezed, not with an eye to a sustainable future but with an eye toward next quarter’s balance sheet.

How do you look back on your four years as public editor of The Times?

I’m sure this may sound sappy or sentimental or pandering or something bad, but I really found it to be a privilege. I approached it as a service that I wanted to do as well as I could. And it was very tough, at times, to come into the building every day and feel part of a great institution, but also know that your role was to critique and, to some extent, to find fault. But I tried to keep in mind that the people I was really working for were the readers of The Times, so that it wasn’t about making people within the institution happy.

The Post also did away with its ombudsman. Are outlets well served by having such a position?

Some places are. I think for very large, influential media organizations, it is a service to the readership to have someone in that role. I see it as unfortunate, but not a tragedy, that these roles have been discontinued.

What have you made of the pushes in newsrooms to have better representation of previously marginalized voices, as well as to rethink journalistic objectivity?

It’s extremely important to have real diversity, not tokenism, in newsrooms. You get different important perspectives and internal criticism and points of view when you have a diverse population in the newsroom — at the top levels, too. I was proud at The Buffalo News to name the first person of color, a Black man, Rod Watson, to newsroom management. I was also very proud to name a woman, Lisa Wilson, as our executive sports editor. She was one of only a few women sports editors in the country, not to mention a Black woman. This is a needed corrective, and overdue.