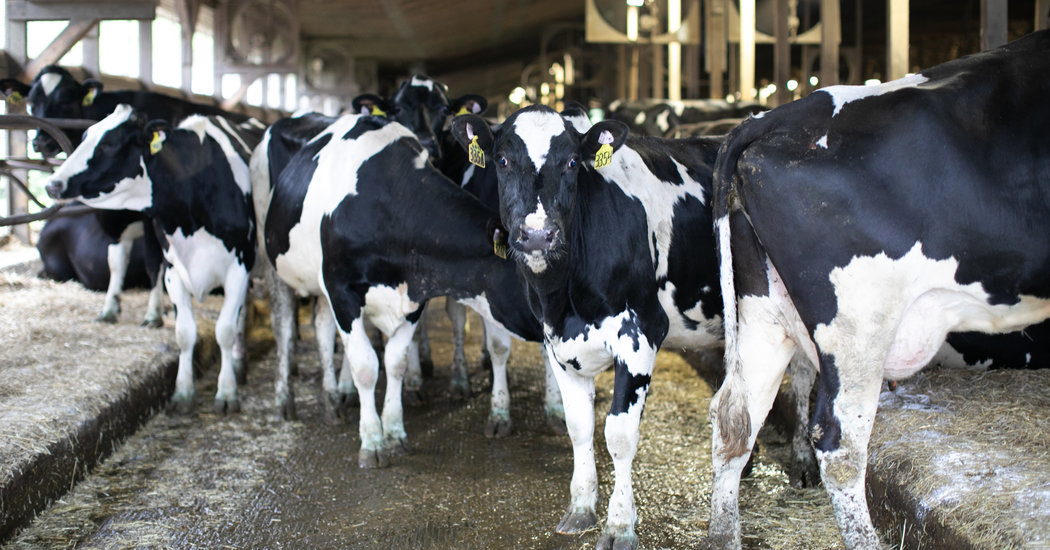 The largest milk cooperative in the United States has reached an agreement to purchase “a substantial portion” of the struggling milk company Dean Foods, the two parties announced on Monday.

Under the agreement, the co-op, Dairy Farmers of America, would pay $425 million to acquire 44 of Dean Food’s facilities, as well as the real estate, inventory and equipment necessary to operate them. But the deal must be approved by the bankruptcy court overseeing Dean Foods as well as government antitrust regulators.

Dairy Farmers of America was founded to help small farmers market their raw milk to dairy processing companies like Dean Foods, which prepare milk for distribution to retailers.

Over the years, the co-op has also invested heavily in processing, meaning it buys some of the raw milk that its marketing branch sells. Those investments have created a conflict, some dairy farmers argue, because processors benefit from lower milk prices, while farmers benefit from higher ones. A deal to acquire Dean Foods would significantly expand the co-op’s processing operations, heightening that conflict of interest, critics of the potential merger say.

Dairy Farmers of America has been discussing a possible acquisition of Dean Foods since the milk company filed for bankruptcy protection in November. The discussions have drawn criticism from dairy farmers who argue that a merger would reduce competition and suppress the price of raw milk.

Since at least December, antitrust officials at the Justice Department have been investigating the potential merger, speaking with farmers and the lawyers who represent them about how a deal would affect milk pricing and competition.

In January, a department lawyer sent an email to farmers who sell raw milk to Dean Foods, asking to discuss the possible merger over the phone.

“We are investigating Dairy Farmers of America’s potential acquisition of Dean Foods and the potential loss of competition for selling raw milk,” the email said, according to a copy reviewed by The New York Times.

Not all dairy farmers oppose the potential merger. Some argue it would help farmers because it would guarantee a stable market for their milk at a time when milk consumption is declining nationwide.

“It is important to ensure continued secure markets for our members’ milk and minimal disruption to the U.S. dairy industry,” Rick Smith, the chief executive of Dairy Farmers of America, said in a statement on Monday.

Dairy Farmers of America is also facing a federal lawsuit in Vermont that accuses the co-op of engaging in a wide range of anticompetitive practices over the years, including striking deals with other co-ops not to poach one another’s members and sharing milk-pricing information to suppress payments to farmers.

The co-op has denied those allegations. But in September, the judge overseeing the case allowed it to move to a trial, writing in her decision that the plaintiffs had presented evidence from which a “rational jury could conclude that the D.F.A. management favored growth of its commercial operations and empire building over the interests of its farmer-members.”