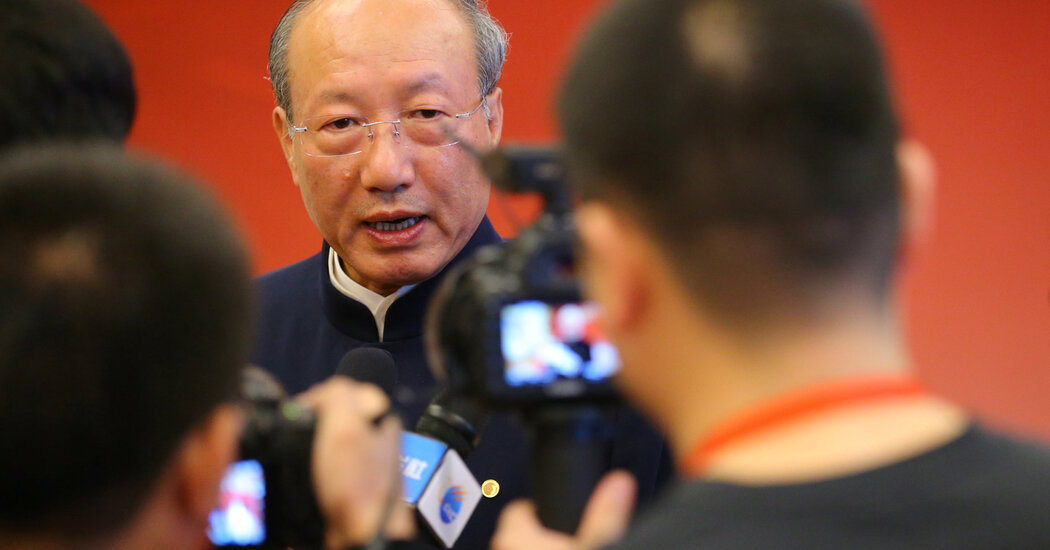 No first-class flights. No vacations. No high-speed rail tickets or lavish weekends at the golf course.

A Chinese court this week barred Chen Feng, the chairman and co-founder of the Chinese conglomerate HNA Group, from making big purchases after the company failed to pay money it owed in two legal settlements, a humbling turn of events for what was once one of the country’s biggest and most acquisitive business empires.

China has for years used spending restrictions as a way to enforce debts and discourage irresponsible borrowing. It has even made information about defaulters publicly searchable online, as a sort of blacklist of those who are prohibited from splashing out on travel, real estate and expensive private schools for their children.

An HNA representative did not respond to a request for comment.

Mr. Chen, who is in his mid-60s, helped transform a Chinese regional airline based on the island province of Hainan into a global corporate behemoth. HNA took stakes in companies including Hilton Hotels, Deutsche Bank and Virgin Australia. It bought up trophy properties and golf courses. Mr. Chen and his brother each purchased an entire floor at One57, an ultra-luxurious Manhattan residential tower.

But the debt the company took on to make those purchases grew so large that it drew the attention of the Chinese authorities. In recent years, HNA has unloaded billions of dollars of holdings. Investors dumped its bonds. It even asked its own employees to lend it money, though company representatives have said that only small amounts were raised this way.

The two lawsuits that led to the restrictions on Mr. Chen’s expenditure were brought against HNA by Chai Jing, 50, a resident of the Chinese city of Xi’an.

In 2018, Ms. Chai had purchased two investment products from Jubaohui, an online financial platform owned by HNA. When she did not receive what she was owed under the terms of the investment agreement, she sued. In March, a district court in Xi’an ordered HNA to pay her roughly $50,000 in principal, plus interest. The court said this week that the company had failed to do so.

Not long ago, HNA had $145 billion in assets and $90 billion in annual revenue, most of it from companies acquired outside China. Even after the struggles of recent years, the Hurun Report, a research organization in Shanghai that tracks the wealthy in China, estimated Mr. Chen’s wealth in 2019 to be $1.9 billion.

HNA and its aviation business had been under financial pressure even before the coronavirus pandemic slammed the entire global travel industry this year. In February, the company said it had begun working with the Hainan government on a restructuring with its creditors.