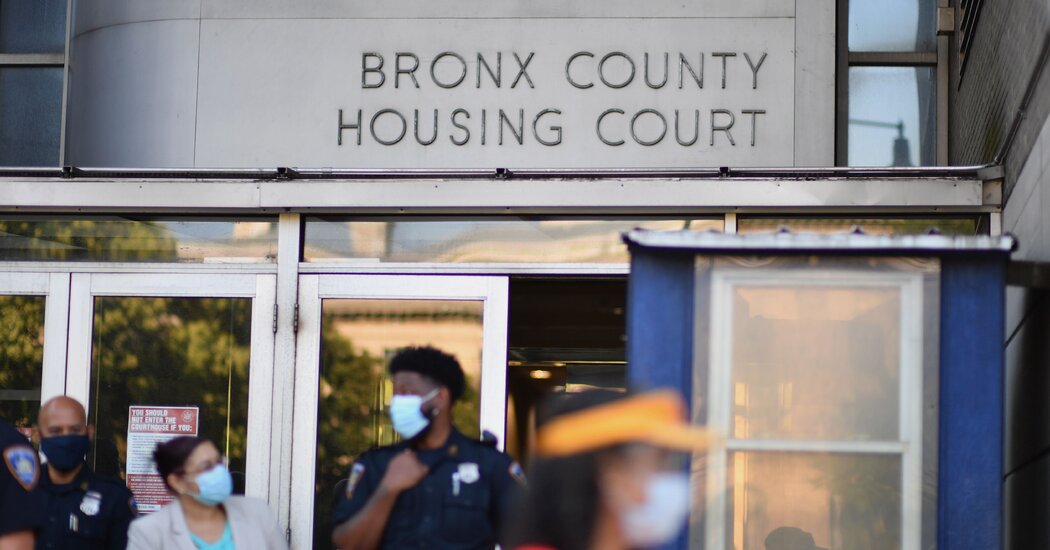 Both landlords and tenants can start the application process, but property owners, who are required to provide additional information for the application, can choose not to participate. New York City officials are encouraging renters whose landlords opted out to complete the application anyway, saying that it could be used as a defense in housing court.

So far, more than 160,000 completed applications have been filed in New York State, with about three-quarters of them from renters and landlords in New York City, the state said. Yet, the flow of aid to renters has been among the slowest in the country, records show, hobbled by technical glitches and errors that have forced applicants to restart the lengthy process from the beginning.

By the end of June, New York was one of just two states that had not yet sent out financial assistance to renters. As of last week, state officials said, only a small amount had been disbursed — $117,000 — in order to test the payment system. But on Monday, another $700,000 in aid was distributed, the state said, and additional payments will be made daily.

Governor Andrew M. Cuomo announced on Monday that the state would be rolling out a revamped application process to streamline and speed up the process. The state said it would take until the end of August to disburse the funds from the approved applications.

How many eviction cases are pending in housing court?

More than 62,000 eviction cases have been filed in New York City Housing Court since the start of the pandemic, according to the Eviction Lab at Princeton University. The number of cases in New York City represent 20 percent of all eviction cases filed in the 29 cities tracked by the Eviction Lab, a group that includes other large cities like Austin, Houston and Phoenix.

While the courts have allowed cases to be filed during the pandemic, nearly all of them are on pause without scheduled hearings until after the eviction moratorium ends. Lucian Chalfen, a spokesman for the state’s Office of Court Administration, said housing courts were preparing for the possibility of reopening in September, after the state moratorium lapses, and resuming in-person trials later that month.

It is too early to estimate how many cases will be on the docket when court reopens. Between 400 to 800 new housing cases are filed in New York City every week, the Eviction Lab said, but the cases in which landlords collect federal rental assistance will not move forward in court.