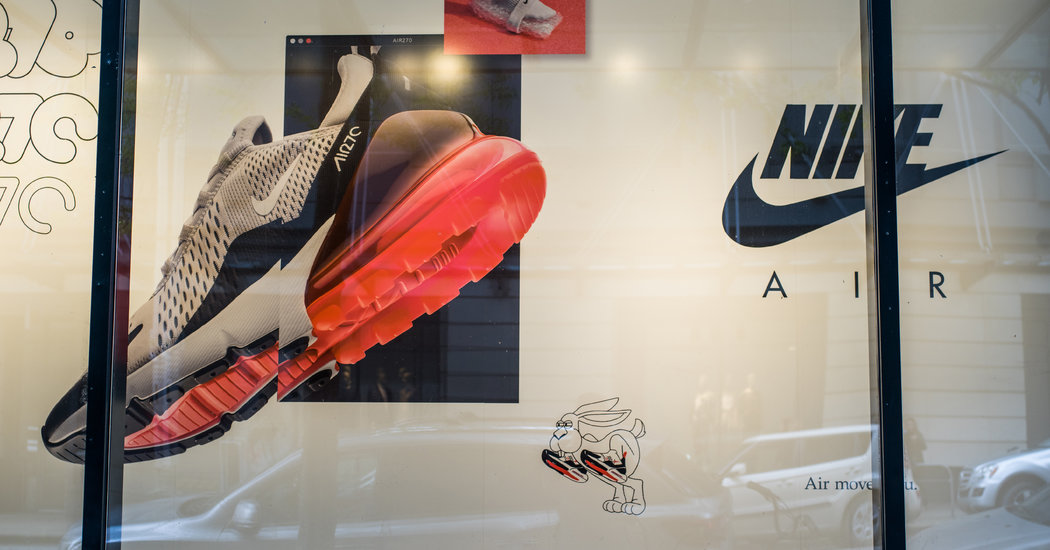 A sweeping investigation into workplace behavior at Nike has resulted in the departure of four more top-level executives, raising to 10 the number of senior managers to leave the company as it continues to overhaul its upper ranks amid widespread allegations of harassment and discrimination against female employees.

Together, the departing executives oversee some of the most important business categories and highest-profile departments at the world’s largest sports footwear and apparel company.

The four additional people who have either left the company already or will depart soon, Nike confirmed on Tuesday are Steve Lesnard, the head of running in North America; Helen Kim, who oversaw Eastern North America; Simon Pestridge, a head of marketing for the performance categories; and Tommy Kain, Nike’s director of sports marketing.

In a companywide address last week, Mark Parker, Nike’s chief executive, apologized to employees and said that departures related to the company’s broad investigation into workplace behavior would be completed by this week.

Inside Nike, the new departures may provide more reassurance to employees seeking signs that Mr. Parker is trying to address the workplace problems that have plagued the company in recent years. But for Wall Street, the internal turmoil could be worrisome and prompt questions about whether Nike will have the leaders it needs in place to execute its aggressive business strategy.

Six top executives have previously left the company or have said they would leave in connection with the investigation. In March, Nike announced the departures of Trevor Edwards, the president of the Nike brand and a potential successor to Mr. Parker; and Jayme Martin, who oversaw many of Nike’s global businesses. Other managers who subsequently left included the head of diversity and inclusion and a head of footwear.

The latest departures come amid a rash of rumors and speculation that more managerial changes are in store at the company’s Beaverton, Ore., campus in the wake of a revolt, led by women, that is shaking up Nike’s executive ranks.

Earlier this year, a group of women at the company began an informal survey that sought input on discrimination and sexual harassment at the company. The survey was presented to Mr. Parker on March 5, and 10 days later, the executive shake-up began with the announcement that Mr. Edwards was resigning.

The moves come a little more than a week after The New York Times, using interviews with more than 50 current and former Nike employees, reported about women’s complaints of being marginalized, harassed and thwarted in their careers at the company, and about indignities that included humiliating visits to strip clubs and unwanted kisses. Many of those interviewed said when they took their grievances to human resources, they seemed to not be taken seriously.