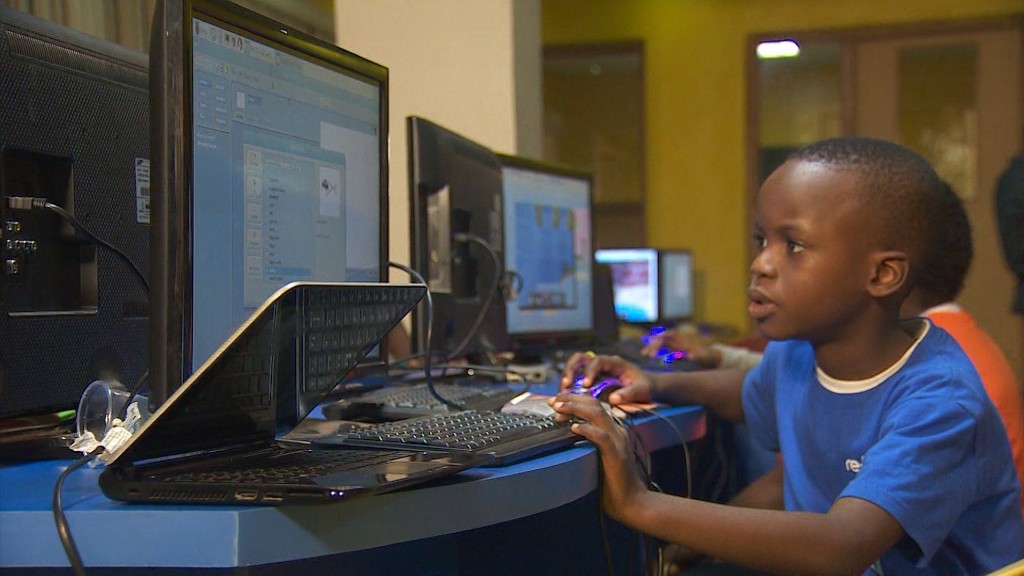 Aboyeji is the cofounder of Flutterwave, a payments API that makes it easier for banks and businesses to process payments across Africa. The service allows consumers to pay for things in their local currency; Flutterwave takes care of integrating banks and payment-service providers into its platform so businesses don’t have to take on the expense and burden.

U.S. investors just poured $10 million of fresh funding into it. This sizable round comes one year after Mark Zuckerberg and Priscilla Chan led a $24 million funding round into another Africa-focused startup, Andela.

“It is critical that Africans are able to participate in the digital economy,” Aboyeji told CNN Tech.

More than half of global population growth over the next 30 years is expected to occur in Africa, according to a report from the United Nations. By 2035, the number of Africans joining the working age population is expected to exceed those entering it worldwide, the International Monetary Fund projects. There’s no universal payment method in Africa, and only 3% of Africans reportedly own own having a credit card. Other forms of payments include bank transfers and digital wallets.

It means that African businesses have a hard time accepting payments from visitors. It also makes it difficult for companies like Google (GOOG), Netflix (NFLX, Tech30), Amazon (AMZN, Tech30) and Facebook (FB, Tech30) to accept local payments from African customers. It hinders the ease with which Africans connect with some of tech’s most beloved services.

These are factors that Aboyeji says Silicon Valley needs to start preparing for — now.

“The reality is that it’s not about flying to the moon and moonshots missions,” he said. “It’s about whether the majority of people in 30 years can lead good lives because of technology.”

Aboyeji attributes this to why he decided to leave Andela. Aboyeji, the only African of Andela’s four cofounders, announced in August he’d left to start Flutterwave with a team of African ex-bankers, engineers and entrepreneurs.

“We’re peering 15-20 years into the future and saying, ‘What do we have to do to save the world?'” he said. “When you have a situation where a majority of people who live in the world are excluded from the new prosperity of software, that’s not good for the future of the world.”

Related: Female CEOs get only 3% of venture capital money

Aboyeji, who spent much of last year traveling between the company’s headquarters in San Francisco and its Nigeria office, is doing his part to make a dent. (Flutterwave also has offices in Kenya, and South Africa.)

To date, the company is processing more than $1.2 billion in payments across 10 million transactions. It accepts 350 currencies across 30 African countries, charging merchants a small service charge, which it shares with banks.

Investor Ian Sigelow — a partner and cofounder at Greycroft Partners, which co-led the new round in Flutterwave with Green Visor Capital — said his firm has invested in two Africa-focused startups over the past year.

He said Flutterwave’s decision to set up a shop in San Francisco was important in its early days.

“[It] helped the company raise seed funding,” he added. “Many investors would be skeptical about funding an unknown group out of Nigeria.”

Aboyeji said the decision to keep the startup in San Francisco made sense.