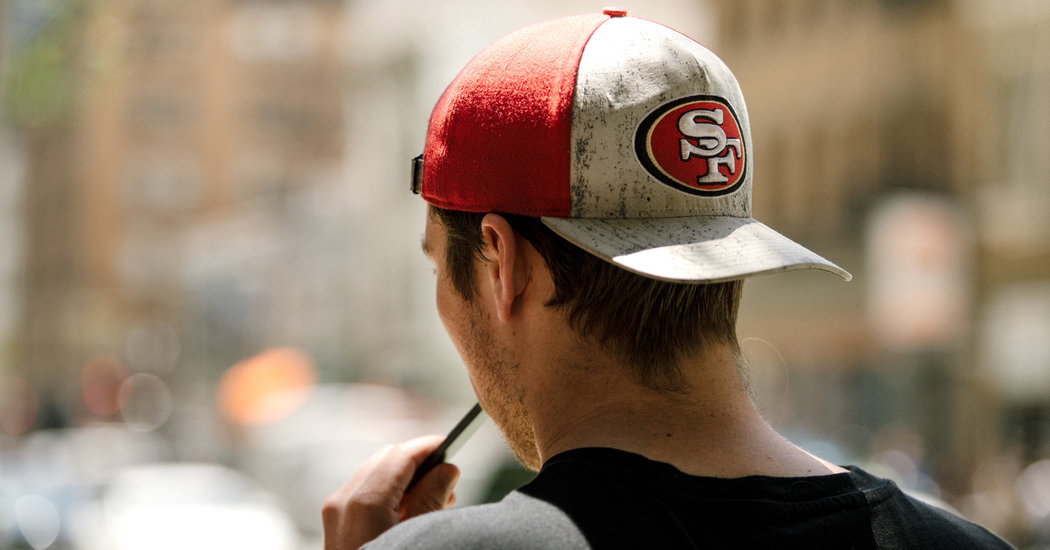 The attorneys general of New York and California announced lawsuits against Juul this week, alleging that the company deliberately marketed and sold vaping products to young people — and helped create a public health crisis in the process.

The lawsuits allege that the company specifically targeted young people with deceptive advertising, featuring flavors like mango, cool mint, crème brûlée and cucumber. They charge that the company failed to warn customers that the products contain nicotine, misrepresented them as a safer alternative to cigarettes and illegally sold them to minors. The attorney general of North Carolina announced a similar lawsuit in May.

The New York suit, filed on Tuesday, stated that in 2015, the year Juul products went on the market, the company threw parties in New York City and the Hamptons, and debuted advertising campaigns featuring young models and hashtags like #LightsCameraVapor.

“By glamorizing vaping, while at the same time downplaying the nicotine found in vaping products, Juul is putting countless New Yorkers at risk,” Attorney General Letitia James of New York said in a statement announcing the lawsuit.

Juul Labs, which holds about 70 percent of the e-cigarette market and is the target of several federal investigations, has said that it has stopped accepting orders for most flavored pods in the United States and has suspended all broadcast, print and digital advertising nationwide.

“While we have not yet reviewed the complaint, we remain focused on resetting the vapor category in the U.S. and earning the trust of society by working cooperatively with attorneys general, regulators, public health officials and other stakeholders to combat underage use and convert adult smokers from combustible cigarettes,” Austin Finan, a company spokesman, said in a statement on Tuesday.

“Our customer base is the world’s one billion adult smokers and we do not intend to attract underage users,” Mr. Finan added.

A majority of those cases involve people who said they had vaped THC, which Juul does not sell. But the illnesses highlighted how widespread vaping has become among American teenagers. A national health survey released in September found that a quarter of 12th-grade students said they had used nicotine vaping products in the last month.

Amid the rising uproar over vaping, which over the past decade had grown into a multibillion-dollar industry with little oversight, several states have moved to ban or restrict e-cigarettes, institute taxes or raise age limits.

President Trump, after saying in September that he was moving to ban sales of flavored e-cigarettes, retreated from the idea this month, under pressure from his political advisers and lobbyists.

On Friday, Apple removed 181 vaping apps from its online store. The ban affected apps that help people find vape stores or flavors; that allow users to control their vape pens; and that gave people access to games, news or social networks that promote vaping.

Medical experts caution that young people are especially susceptible to nicotine addiction, and that there is little research about the long-term health risks of vaping. They note that while many smokers turned to vaping to quit cigarettes, it has also created a new generation of young nicotine addicts.

“Juul adopted the tobacco industry’s infamous playbook, employing advertisements that had no regard for public health and searching out vulnerable targets,” Attorney General Xavier Becerra of California said in a statement announcing his state’s lawsuit on Monday.